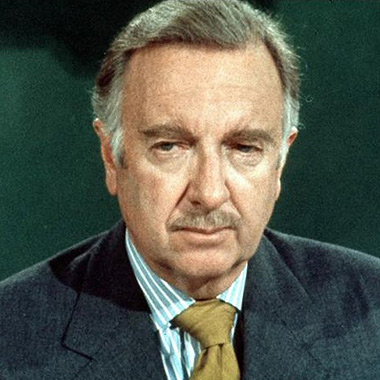 Walter Cronkite is one of the American pioneer and journalists who is best known for his remarkable journalism and foundation of CBS Evening News in the year 1962. Walter who possesses some of the notable characteristics such as honesty, loyalty, evenhandedness and much more is also regarded as one of the most trusted men in the history of American journalism. Walter Cronkite bio is as influential as the American history while it can be taken as a good source for all the newcomers who want to achieve something marvelous in their lives.

Walter who is an American journalist, broadcaster and news anchor/reporter was born in the year 1916, November 4 in St. Joseph, Missouri, United States. He was raised in Missouri until the year 1927 when the entire Cronkite family decided to transfer themselves as the citizens of Houston. In the early childhood, he was a bookworm and used to spend hours and hours reading books, novels, newspaper, and magazines. His reading habits can be taken as one of the good motivational factors to reach such height and defined his actual path. Walter attended high school from Missouri while he graduated from University of Texas, Austin in Political Science in the year 1935 and began his career as news editor for United Press International.

The major moment came in Walter Cronkite bio when he was assigned the task of field correspondent during the time of World War II when the United States decided to take part in the War in the year 1941. He covered the major battlefield in North Atlantic and was soon reassigned to London where he bravely reported the German bombing in the city. Likewise, he reported the invasion of North Africa and another tragic bombing in France and Beaches of Normandy. After the cover and end of War, Walter resided few years in Europe covering the Nurnberg trials and reuniting the UP bureaus and served as Chief of Bureau in Moscow from 1946 to 1948.

After returning back to States, he was repositioned as the correspondent in CBS television affiliate in Washington D.C. and run the show You Are There, The Morning Show and The Twentieth Century through the out the year 1950’s. During his tenure in CBS, he covered the presidential conventions held in the year 1952, 1956 and 1960 and by 1962 he was taken as one of the famous anchormen of the CBS Evening News. Likewise, he also covered the assassination of President John F. Kennedy, Apollo 11 moon landing, Vietnam War and much important news that was held from the year 1961 to 1981.

By his continuous support to enhance the news source and hardcore dedication towards the news service, he was voted by the public poll in the year 1972 as “The Most Trusted Man in America”. He announced his retirement from the CBS in the year 1981 but was active in TV sector. He held many public broadcasting services and documentaries throughout his life. With his efforts, he has been successful to win several awards including Emmy Awards, Presidential Medal of Freedom and Peabody Awards. Walter published his autobiographies in the year 1996 as “A Reporter’s Life” which was one of the best seller books of all time.

Coming to his personal life, he married his wife Betsy a long time ago and remained faithful to her for all his life. He lost his beloved wife due to cancer at the age of 89 in the year 2005 while Cronkite died due to cerebrovascular diseases in his home in New York in the year 2009 at the age of 92. Both husband and wife cemetery is together in Kansas City, Missouri.