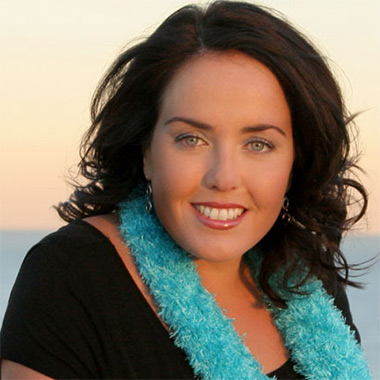 Besides American television networks, there are lots of people who has real hidden talents and long years of services in Australian TV networks as well. Some have transferred from Australian to American tv networks while some have been loyal to the hometown networks and have equally contributing and delivering high quality of works regarding journalism. In the huge list of such pioneers, Kelly Nestor is one of the names who literally changes the perspective of journalism into the eyes of newcomers.

Kelly Nestor bio includes her birthdate as August 22, 1968, in Broken Hill, New South Wales. Currently, she is best known as the Australian news reporter/anchor and working for the Advertiser network. Born and spent her entire childhood in Broken Hill, she was always keen in knowing the people and surroundings along with detail description of the things that she sees. Calm, curious, hardworking, enthusiastic and pleasant personality are some of the characters that never changed in her life from early to childhood to present days.

Kelly, in the process of growing up, attended South Australian College of Advanced Education’s Magill Campus and graduated in Bachelor of Arts (Journalism) in the year 1989. Making no delay to walk in the path of journalism and success she quickly joined Central TV Network (GTS BKN) in Port Pirie in the year 1989 and began her career.

After making her foot step little heavy in the reporting and anchoring side, she moved to ABC in Adelaide as a presenter, reporter, and journalist. In the South Australia’s ABC News, she was not only the presenter however, she was also the responsible person to handle Stateline (worked for three years) and The 7:30 Report. In the later days in ABC network, she became the weekday presenter and finally moved to Melbourne in order to represent The News at Five. The turning point came in Kelly life when after working for several years in Network Ten, decided to quit and moved to KNBC-TV in Los Angeles for the better career. But as things don’t happen as planned, she had to return back to Sydney and engaged with Sky News Australia because of her breakdown and sad moments in her personal life and relationships.

Later in the year 2007, Kelly was associated with Nine News with Rob Kelvin. In 2008, she began to work as a casual radio presenter at (5AA) FIVEaa in Adelaide and continue to starting of 2009. During her time in the Australian TV networks, she has covered numbers of hit news including 9/11 attacks. She has altogether of 20 years of experience in the field of journalism for which she was awarded the prestigious awards of Better Hearing Australia’s Best Television Newsreader. The rumors state that she is receiving a good amount of salary for her work while Kelly Nestor net worth is still in increasing order.

Moving to her personal life section, she is one of the gorgeous journalists of all time. She has the perfect height with fabulous body measurements along with a joyful smile. Besides, her physical appearance many things including Kelly’s husband, past relationship, divorce, and children things are quite hidden from the public.