Skip to content
Home » Gossip » Why Marijuana is Illegal ?

Why Marijuana is Illegal ? 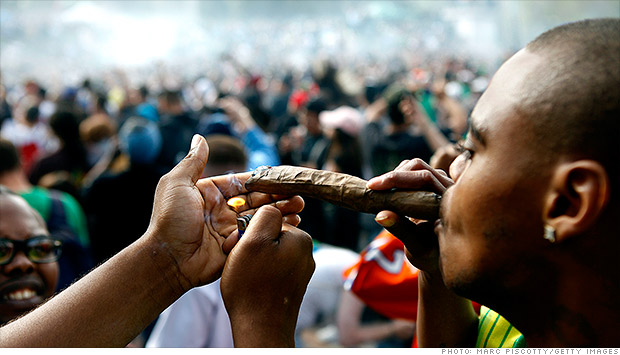 Why legalization of Marijuana always debatable !!

In spite of, having a number of beneficial use in the field of medicine of Marijuana because of the misuse it has been considered Illegal. In the medical field, these days number of researches is being conducted. In New England Journal of Medicine last March, a survey has found 76% of doctors accepted in favor of the use of medical marijuana with the presented case of breast cancer.

Marijuana helps in increasing appetite, relieve the symptoms of glaucoma, etc are a few health beneficial part of marijuana. But there such countries where Marijuana is still considered Illegal.

As the debate is going on for long in the topic “whether to legalize marijuana or not?”

Many arguments were made for the above topic. Marijuana has both positive and negative sides according to the use. Marijuana has lots of pros and cons within its effects n causes through its use. The most realistic arguments of those who go up against the legalization of marijuana are “Would you want your children to smoke marijuana?” of course for which the answer will always be negative.

Also See Marijuana vs Cigarettes, which is more dangerous.

Anti-legalization of marijuana can also be the better decision as it is addictive and is also a health hazard. Use of Marijuana leads to cancer, heart attack, respiratory problems, and damages to immune system also it may cause some other health problems like distorted perception, memory loss, loss of motor skill, etc which are generally considered as the short-term hazards.

Marijuana is not only harmful to the users but also harms the people around them. It affects the ability of the user’s in terms of concentration, of being alert, coordination will be difficult and the way to react which will lead them to crime or driving accidents. Accidents may occur because of difficulty in reading signs, judge distance, react to signals, etc.

Above, I have just mentioned few problems due to consumption of Marijuana which is considered as illegal in most of the countries but the same problems are also linked with alcohols and tobacco smoking at the time which is, of course, legal in almost all countries. Whereas some critics have mentioned that alcohol and tobacco are not as dangerous as marijuana because those will not lead to deadlier drugs later in life of the person but marijuana will surely lead to.

Few drug users concluded that marijuana leads to the use of more dangerous and harder drugs such as cocaine and heroin, according to the Critics cite studies. Also, few critics mentioned that with the legalization of Marijuana, it may flourish the absolutely negative culture that allows the use of drugs with legal power.

The legality of marijuana and its use is variable in different countries around the world, also in the majority of countries it is illegal and as well as in some it is considered as legal. However, in many countries like North America, Europe, South America the possession of small quantity of marijuana is decriminalized, which has been done for a medical purpose. Here are some list covers the name of countries where “Marijuana” is legal is:

However, it has been made legal in many countries over the world still it is not completely acceptable in those countries as well. Likewise, there are many countries where Marijuana is still considered Illegal instead of having health-related benefits which are still in the process of researches.

Also, few countries are in the process of legalization. Since the debate on the matter is moving on the top today so let’s see what will happen in our near future. As for sure we will be updating on this most debated topic “Whether Marijuana is legal or illegal??”