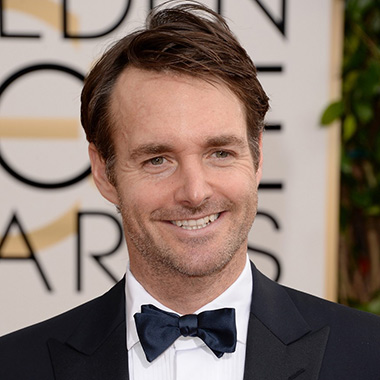 Orville Willis Forte IV also known as Will Forte is an American actor, producer, comedian, and writer. He is mainly known for his work in the television sitcom The Last Man on Earth and as a cast member on Saturday Night Live.

Will Forte was born on June 17, 1970, in Alameda County California and raised in Moraga, California. He was born to Patricia C. who was a former schoolteacher and an artist too and Orville Willis Forte who was a financial broker. Later he moved to Lafayette California. Since his parents were very wonderful and created a very loving environment he has described himself as a really happy kid. From his very young age, he was interested in comedy growing up idolizing comedians Steve Martin, David Letterman, Peter Sellers. He often used to record himself performing as imaginary radio shows and used to prank his parents.

However Forte wanted to be a Football player but he aimed to be a comedian. Forte was a member of swim teams and varsity football at Acalanes High School. He was served as class president after he was voted as the Best Personality by his graduating class. In 1988 after he graduated from Acalanes High School he attended his further studies at the University of California located in Los Angeles. During his years at university he was encouraged to attempt comedy then he decided to change his career becoming a writer-performer. Forte started taking classes at the Groundings located in Los Angeles, Sketch Comedy troupe and improvisational.

He received his history degree from the University of California, Los Angeles. Forte changed his career past to comedian from a financial broker. With the improvisational comedy group the Groundlings located in the Los Angeles he started his class. As soon as he found that he favored writing best he started working as a writer.

“I’m kind of under the radar. Not a lot of people notice me. Which is surprising, because I’m so sexy. They probably intimidated by my sexiness and crushability.”

Forte also was the producer and writer of That 70s Show. He spends his 8 years as a cast member on the show from 2002 and was well known for his more strange sketches. He was called to write for The Jenny McCarthy Show. Later, he returned to Los Angeles and started performing with the Groundlings Main Company. He also worked for Action and The Army show and eventually he got Jobs writing for That 70s Show and 3rd Rock from the Sun. Lorne Michaels the creator of Saturday Night Lice (SNL) spotted Forte while he was performing with the crew in 2001. Then he was invited to the audition of SNL.

Forte currently lives in Santa Monica, California. He bought a house just two weeks prior to joining SNL and being forced to relocate to New York City; “It was not the greatest timing,” he later said. As of 2016, Will Forte’s net worth is $6 million dollars. Forte is not married yet and he dated Jason Sudeikis, Ashton Kutcher, and Josh Groban.