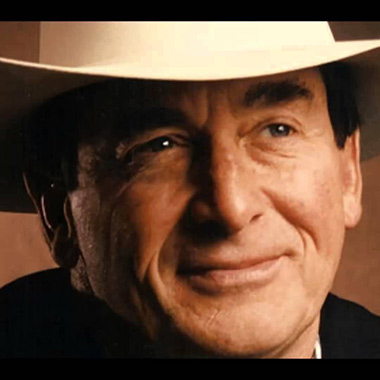 Ian Tyson is a Canadian singer-songwriter. He was born to British immigrants in Victoria, Canada on September 25, 1933. He grew up in Duncan B.C. Tyson is mainly known for his song “Four Strong Winds”.

In his late teens, he got an injury so to recover his injury he took up the guitar. As his musical influence, he took the name of fellow Canadian country artist Will Carter. In 1956, he first sang at the Heidelberg Café located in Vancouver, British Columbia. He there played with a rock and roll band called “The Sensational Stripes”.

He attended Vancouver School of Art and graduated from there in 1958. After graduation, he moved to Toronto, Ontario. He got the job as a commercial artist there. He used to perform in local clubs.

Tyson  then started singing on occasion with Sylvia Fricker in 1959. They together performed part-time at the Village Corner as “Ian & Sylvia” in 1959. In 1961 they became a full-time musical act. The pair got married in 1965. The pair formed the group The Great Speckled Bird in 1969. Tyson has toured all over the world. He also has hosted a national television program The Ian Tyson Show. He hosted from 1971 to 1975. He then became related with Neil MacGonigill. Neil is Calgary music manager and producer. He then decided to focus on country and cowboy music. In 1983 he released his album on Columbia Records “Old Corrals and Sagebrush”. He was introduced into the Canadian Country Music Hall of Fame in 1989.

In 2005 his song “Four strong Winds” was chosen as the greatest Canadian song of all the time by CBC Radio One on the series 50 Tracks: The Canadian Version. He has been a strong impact on many Canadian artists which includes Neil Young. In 2006 he sustained irreversible scarring to his vocal cord. Due to which he loses his remarkable quality and range he was known for. He then released his next album “from Yellowhead to Yellowstone and Other Love Stories” in 2008. He won the nomination for Canadian Folk Music Award for Solo Artist of the Year in 2009. He put out his portrayal The long Trail: My Life in the West in 2010. He has also written a book about his song “La Primera” called as La Primera: the story of Wild Mustangs.

In 1975 his first marriage ended in divorce. The couple together had a son named Clayton Dawson Tyson, who would become a music performer and later became a bike racer. In 1986, Ian Tyson got married to Twyla Dvorkin. The couple together has a daughter named Adelita, born in 1987. Unfortunately, his second marriage also ended in divorce. Their divorce was officially declared in 2008.

In October 1994 he became a member of the Order of Canada. He was awarded a Governor General’s Performing Arts Award in 2003.