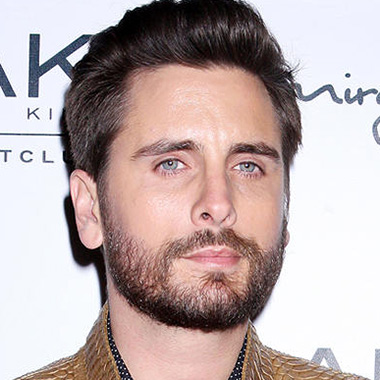 Scott Disick was born on 26th May 1983, in Eastport, Long Island, New York, United States of America. He is a very famous reality TV personality. He is also a business person as well as a model. He is also known for Lord Disick: Lifestyles of a Lord and Miss Universe 2012.

He regularly appears on reality television program, Kourtney 7 Khloe, Kourtney & Khloe Take Miami and Keeping up with the Kardashians. He was born to Jeffrey Disick and Bonnie Disick. He is the only child of his parents. He is also known for having good taste in style. He also has his own fashion line launched.

On 14th December 2009, Scott became the father of Kourtney Kardashian son named Mason Dash Disick. Mason was born in Los Angeles. On 8th July 2011, she gave birth to her daughter named Penelope Scotland Disick. He had a very bad habit of suffering from anger issues which we can find out on the Kardashian reality shows.

Following their son Mason, the couple went through a very public split. Kourtney’s mom Kris Jenner has also compared him to former football star O.J. Simpson. Simpson’s murder trial was defended by Kris later husband named Robert Kardashian. His relationship with Khloe Kardashian has been especially tense as portrayed on their television show.

During an interview on E! News with Ryan Seacrest in 2010, he said that

“I had to take a look at where my life is going. Or where it was gonna go if I kept acting the way I was. I never ever wanted to admit that I may have a problem.”

In 2013, a paternity lawsuit was reportedly filed against Kourtney in 2013 by Michael Girgenti. He claimed that he was the father of Scott and Kourtney son Mason. Kourtney then immediately had Disick to take a paternity test to confirm that Disick is the father of Mason.

After the test results, it was confirmed that Disick is the father of Manson and Penelope. After the incident, they again announced that they were expecting their third child. On 14th December 2014, she gave birth to Disick son named Reign.

Scott several times went on and off with her girlfriend Kourtney Kardashian. On 4th July 2015, they split over. They split over after Scott was found cuddling with his ex-girlfriend named Chloë Bartoli.

Scott is also known by his nicknames as Lord Disick, Scotty, and LD. He is also very active in using his social networking sites. He uses almost all social sites. He uses them to keep in touch with his fan.?? As of 2016, Scott Disick has a net worth of $12 million dollars.