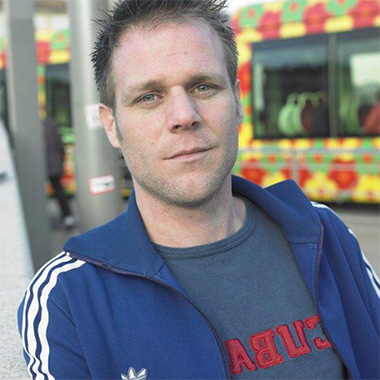 Remi Gaillard is a prankster from France. He was born on February 7,1975. He used his free time having fun and running pranks on the public after losing his job at a shoe store. He became the seventeenth most subscribed comedian on YouTube on March 2012.

He performed several well-documented pranks which helped him gaining attention in the French media. He took part in the winner’s celebrations and the president of the French Republic Jacques Chirac greeted him during the match. He also plays soccer and has posted several of his videos showing his soccer skills. He also posted a video one with Brazilian legend Ronaldo. He appeared in several sports events, political rallies as well as TV game shows. He also appeared in the 2011 Banksy produced documentary The Antics Roadshow.

Remi became well known for his videos displaying an outrageous style of humor, challenging public norms. He dresses up and interpret the behavior of various animals in public. He has dressed up as Mario a la Mario Kart and raced unsuspecting car-drivers. He has also done provocative interactions with parking enforcement officers and the police. His satirical motto is “C’est en faisant n’importe quoi qu’on devient n’importe qui” which means “It is by doing anything that we become anyone”. The understood meaning is “It is in doing whatever that we can become whoever” satirical because “doing whatever” implies goofing off but “becoming whoever” implies greatness. Translating the proverb it is read as ‘it’s by forgiving that one becomes a blacksmith.”

Gaillard often does his act with the help of a hidden camera. He disguised himself in outlandish costumes for his pranks. In some of his videos, he is assisted by the crowd of friends and giving the action a flashmob-like nature. In 1999 he shot his first sketch whit the help of his friend in Montpellier. In 2001 he launched his website called as nimportequi.com. In 2002 he gained fame at the finals of the coupe de France. He further did Rocky Balboa parodies which helped him achieving further YouTube popularity. He also did parodies of Pac-Man, Santa Claus, Mario Kart etc. he has posted several soccer videos of himself. His recent pranks are of dressing up in large animal costumes which include dog, snail, kangaroo, fly, chicken, giraffe, a sheep, a pig, turtle, beaver, bat, cat, gorilla, butterfly, rabbit, dog, bee, spider, shark, owl, penguin, and pigeon. He also has done prank wearing a speed enforcement camera box and a bomb. His official website videos on the web cross over 2.1 billion views. His YouTube channel videos have over a billion views. His most famous YouTube video is of Kangaroo. The video is successful is getting over 60 million views.

Gaillard also has starred in a full-length film titled N’importe qui which was directed by Raphael Frydman. The film was released on March 5, 2014, in France. His performance was loved by his fans.