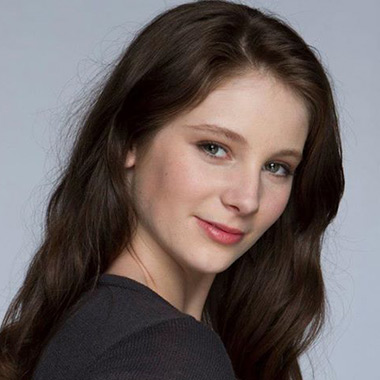 Cited as one of the popular Australian artists, Xenia Goodwin is a beautiful and talented personality. An actress and a dancer by profession, Xenia is widely renowned for her outstanding ability of dancing. In addition, her appearances on television have also helped her in reaching out to the wider public and collecting huge admiration from them.

Counted among one of the young dancers and actresses, Xenia is a beautiful face of 21. Commonly recognized by the name Xenia Goodwin, she took birth as Xenia Elain Goodwin on 7th February 1994, in Sydney, New South Wales. Other than the date of birth and birthplace, Xenia has not revealed her personal information so far. Thus, her family background, relationship status, education background, etc. are still unknown to us. Xenia, who is admired by hundreds of thousands of fans of all age group around the world, has never been reported to have dated anyone. Also, she has never been encountered with any significant someone in public places, making it hard for us to predict if the girl is actually single or dating someone secretly.

Born and raised in Sydney, Xenia’s academic qualifications have not been revealed. However, she is known to have studied at the Valerie Jenkins Academy of Ballet and the Tanya Pearson Classical Coaching Academy. Fond of dancing since her childhood, Xenia was so passionate about it that she used to spend hours and hours practicing ballet and classical dance. Finally, her hard work and dedication showed colors and opened her ways to pursue a successful career as a dancer as well as an actress.

Xenia officially launched her career in 2010 when she achieved the lead role as Tara Webster in the television soap called Dance Academy. A product of Werner Film Productions, Dance Academy is Australian children / teen-oriented television drama series produced by Bernadette O’Mahony and Joanna Werner. The show is originally aired on Australian television network ABC1 and ABC3 and in German television network ZDF. It was premiered on 31 May 2010 and has successfully aired three seasons including a total of 65 episodes, to date. Xenia has appeared in all the episodes of the series. The show’s latest season ended on 30th September 2013.

While working for Dance Academy, Xenia made a guest appearance as Bec in an episode of The Jesters and recently, she has appeared in another television series called Winter, playing a short role as Natalie Higgins. Apart from appearing in television soaps, Xenia has played the lead role as Rosey in a short film called You Cut, I Choose. The promising actress looks forward to appearing in more movies in future.