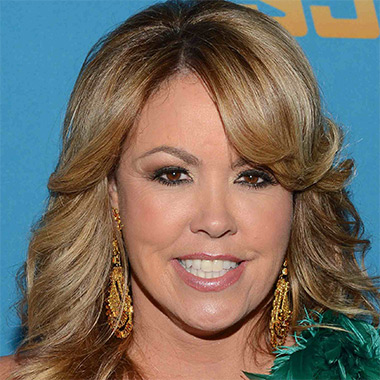 Mary Murphy was born in Lanchester, Ohio in 1958. She was the only daughter among the four children. She has three brothers and being the only sister she was treated as the fourth brother from her brothers. Her father was a teacher in an elementary school and her mother was a housewife. Her family was Irish. Growing up with three brothers, she had very less feminine pasties. She used to spend her after school times and holidays in playing athletic games. She loves to play track and field, volleyball, basketball, and football.

Murphy went to Northwest High school in Canal Fulton, Ohio for her study. After finishing her high school, Murphy went to Ohio University to complete her graduation in Physical Education. While she was doing her bachelor’s degree, she developed an interest in modern dance. She even minored in it. When she minored in modern dance, she had no idea that she will have future or will be this popular in dancing. She wanted to combine both of her degrees and start her career as a specialist in physical education for those children who have a problem in learning. She wanted to help them to connect the mind and the body through repetitive movement and creative dance.

After graduation, Murphy moved to Washington, DC. She was looking for a summer job and saw an advertisement in the newspaper and it was a trainee. A local studio was hiring trainees to become an instructor in their studio. She applied for the trainee. Having minored in modern dance, it wasn’t that hard for her and she became instructor within a week. She was invited to attend the United States ballroom Championships New York by the owner of the studio. After attending the  program, Murphy was very much influenced. Then she was committed to starting a career in ballroom dancing.

Murphy went to California and worked as an instructor while she was searching for a dancing partner. She went to England to attend the U.K. Open Championships. There she met Manfred Stiglitz and they formed a dancing partnership. They began to participate in many competitions and won many of them. They became Austria National Champions in 1990 and 1991. Their partnership turned out to be quite successful. In 1990, Murphy opened the Champion Ballroom Academy in San Diego. There she wanted to provide the best facility for competitive dance education. Later her partnership with Manfred  came to the end due to many reasons. But she made a list of accomplishments with various dancing partners. She won many competitions like The International Grand Ball, The Saint Louis Star ball, and The Southwest Zregional Dance Tournament. Murphy has also done dance double acting for Julia Roberts in the movie called “Something To Talk About” and  “Dance With Me” starring Vanessa Williams.

In 2005, she became a judge and a choreographer in one of the greatest dancing competition show called “So You Think You Can Dance”. She is also an organizer and a partner in the U.S. largest dance competitions, The Holiday Dance Classic. It is held in Las Vegas each December. We can see her in the U.S. National Ballroom Championships as a judge.