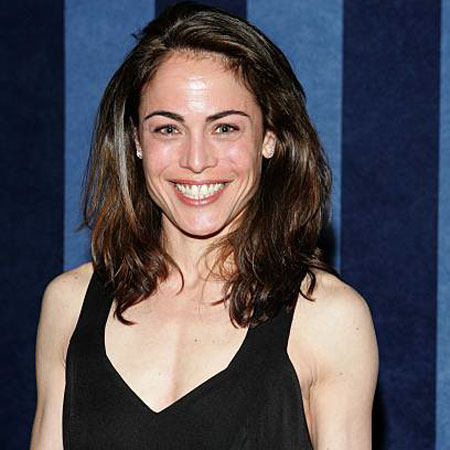 Yancy Butler is an American actress who is mainly known for portraying a role as Natasha Binder in the film, Hard Target. Similarly, her other film credit includes Drop Zone and Witch Blade.

The beautiful American actress, Yancy makes an attractive amount of money from her acting career. Till the present context, she has appeared in the numerous movies and television series such as Savage Weekend, Ravager, Kick-Ass and Maan & Machine, South Beach, Witch Blade, Wolvesbayne respectively.

Appearing in this multiple films has helped her to maintain the net worth. As of 2017, Yancy’s estimated net worth is around $2 million.

Gorgeous and talented aged 47, Yancy is currently living a single life. Previously she was in the relationship with an American actor, Jeff Mahey. The couple knew each other while working for the movie, the Hit List.

They spent their time together in several places and were enjoying their love life. However, the sad end came to their personal issues which made them separate.

She has also been in the relationship with a man, Earl Ward Jr. However, their relationship ended after fighting with each other. The dispute resulted in, Yancy throwing several items at Earl. The police were called to settle their argument.

Besides that, Yancy has involved in many controversial works. In January 2003, she was arrested for fighting with her father, Joe Butler at her uncle’s home. Police charged her with violating an order of protection and two counts of harassment.

In the same year, she was arrested for being in the intoxication stage and stumbling in and out of traffic. More recently, in April, Police arrested her for passing out drunk in a vehicle that she drove onto the sidewalk of the main street.

Yancy Butler was born on July 2, 1970, in Manhattan, New York. She is a daughter of Joe Butler, father, and Leslie Vega, mother. Her father was a drummer and vocalist for the 1960’s rock band, The Lovin Spoonful. While her mother was a theatre company manager.

At the age of 13, Yancy joined New York’s prominent HB Studios. At that time, she also attended dance and ballet classes at the notable Joffrey and Ailey schools. Afterward, Butler joined Sarah Lawrence College and received bachelor’s degree in Liberal Arts in 1991.

Butler’s first major role was in the television series Mann & Machine in 1992 in which she played an android police officer partnered with a human detective. The series was co-created by Dick Wolf. A year later, she starred in her second series, South Beach where she played a con artist and thief.

Youtube: Yancy Butler short role in Let It Be Me.

In 2000, She appeared in the television film, Watch Blade. The series ran for two seasons on the Turner Network for a total of 23 episodes. This series has a cult following and was ranked seventh in the Top 10 Basic Cable Dramas for 2002.