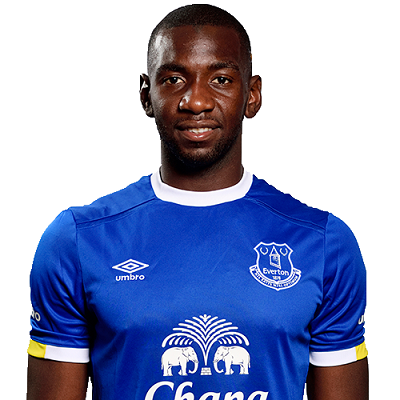 Yannick Bolasie is a professional French football winger for the Premier League club Everton. At the age of 16, he started his professional career. Moreover, he also played for the Plymouth Argyle, Barnet, Bristol City as well as for Crystal Palace. However, he played his international match for the Democratic Republic of the Congo.

Yannick Bolasie was born on May 24, 1989, in Lyon France. Although being such a famous player, there is no any information of his parents. Even their name is unknown. Bolasie grew up along with his two sibling brothers Ruddock Yala and Glenn Yala. Both of his brothers are also football players. Furthermore, he hasn’t mentioned anything about his education background.

Bolasie developed his passion in playing football since his childhood and later made it as his professional career. However, at the age of 16, he started his career with Rushden & Diamonds. After playing for four months, he moved to Hillingdon Borough to play the Southern Football League.

Later he moved to Europe and played the Maltese Premier League for  Floriana. In 2008, he returned back to England and played for the Plymouth Argyle. Within his first league, he was able to impress the team members. So, he extended his contract for two years.

Yannick didn’t play continuously for a single club and frequently kept on playing for different clubs. Well, he also played for Eastbourne Borough as well as Barnet. During 2009-10 season, he participated in 20 matches and scored three goals for the Argyle. Until the end of 2010 season, he played 22 matches for the club. However, in  April 2010, the club offered him to sign a new contract. Well, he signed the contract in July after the arrival of a new coach.

Although his contract with Argyle wasn’t finished, he moved to Bristol City on 6 June 2011 and signed a two-year contract. However, on 9 April 2012, he scored his first match against Coventry City. Because of his best performance in that match Supporters, Club and Trust named him the Young Player of the Year. In August 2012, he signed a three-year contract with  Crystal Palace.

He played for the Palace until the 2015-2016 season. After the following season, he signed for the Everton on 15 August 2016 for £25 million. However, while playing against Manchester United, he suffered a knee injury. So he didn’t play the further matches for the club. He was pretended to return in the game before the end of 2017 but he wasn’t able to be back. Well, he played his first international match in the  2014 World Cup qualification. Moreover, he also played the 2015 Africa Cup of Nations.

Bolasie is a married man and is blessed with a happily married and family life. He is married to his beloved wife Kelsey. This couple has a son named Kaidy Bolasie and a daughter.

Bolasie gives his equal time to his profession as well as family. He is often seen spending his time along with his family. Besides this, there are no any records of his other relationships. Moreover, there are no any rumors of his divorce too. He is French by his nationality and falls under black ethnic group.

One of the talented football players with lots of skills Yannick Bolasie must have a good net worth and salary. According to the recent data, his current net worth is $4.5 million and salary $60,000. Furthermore, he has 303k followers on Instagram, 156 followers on Twitter and 1,036,751 followers on Facebook.