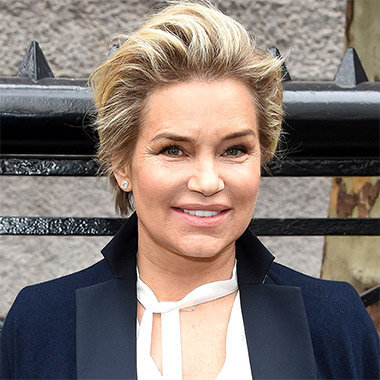 Yolanda van den Herik, famous as Yolanda Hadid, has gained name and fame as a television personality, model, and interior designer. She came in limelight after her appearance in American reality-television show The Real Housewives of Beverly Hills. Since then Hadid has gained an identity as a superstar in Hollywood.

Born on 11 January 1964, Yolanda Hadid was born and grew up in Papendrecht Netherlands along with her brother Leo. Her mother had a hard time when her father died in car accident and she had to raise her two children. Having a hard time in early days taught Yolanda grew up strong and with some courage inside her to do something in her life. After the death of her father, she helped her mother in all family work.

Moving to her career, Yolanda Hadid got a chance to go on the runway when she was offered to replace one of the models of Dutch designer Frans Molenaar. Later on, she was discovered by the owner of Ford Models, Eileen Ford. Her cheerful days started after she was signed by Ford. After being associated with Ford, she traveled various countries and did a photo shoot with various well-known photographers. During her contract with Ford, she got a chance to appear in modeling shows in fashion hubs such as Paris, Milan, Sydney, Tokyo, New York and Hamburg. After appearing on various world class modeling shows she came in limelight in media and magazines.

Yolanda Hadid traveled different places and appeared on various fashion shows for almost 15 years. After working in the field for fifteen years she decided to settle and to start a new family. In 1994 she moved to Los-Angeles to start a new part of her life. She married Mohamed Hadid in 1994 dreaming her future life to be luxurious and smooth. But their relationship did not go well for a long time and they divorced in 2000. After the divorce, she moved to Montecito with her children and she started her interior design business.

While talking about her personal life, Yolanda Hadid has been linked up with various men in her life and she has faced various ups and downs in her love life. She met her first husband Mohamed Hadid in 1994 but they could not live together for more time and they divorced in 2000 after having three children. After her first divorce, she remained single for many years until she became engaged with musician David Foster in 2010, with whom she married in November 2011 in Beverly Hills, California. Hadid has been stating about her Lyme disease on various episodes of The Real Housewives of Beverly Hills and she was diagnosed with Lyme disease in 2012 which led her to reading and writing disabilities. Even she could not watch TV because of the consequence of the illness. On 1 December 2015, Yolanda and David decided to divorce and Yolanda changed her surname back to Hadid so that it would match with that of her children.

Describing her body structure she has divine body curves. With her Blonde hair and gorgeous smile, she is considered as one of the beautiful Netherlands-born models. She stands tall with a height of 5’9’’. Despite many ups and downs in her life, she has been able to make mouth watering net worth of $45million (2016).