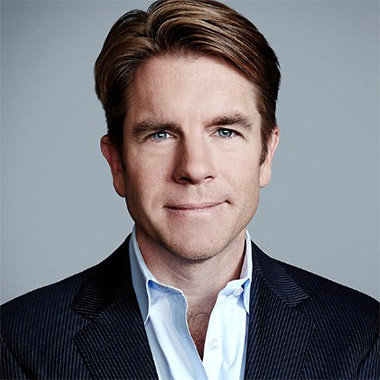 We mostly prefer to get news from a channel that we consider as a reliable source of news and the reliability and accuracy of broadcasted news depend on the dedication of their correspondents reporting from various parts of the worlds. Irvan Watson has been an asset to the CNN as he has been contributing CNN as a senior international correspondent based in Hong Kong for several years.

Moving to his early, there is not much information about when he was born and where he was born but he belongs to American Nationality. Ivan Watson completed his high school education from one of school from his hometown. Following his dream to be an impressive reporter, he joined Brown University and earned a BA in International Relations. With this BA degree, he sought for the job that he had been dreaming of from his school days and finally landed on CNN.

During the 1990s, Ivan Watson started to work on CNN as Moscow-based producer and during that time he covered the story of Russian War, Sinking of the Kursk in the Arctic and many other stories. He currently serves as a senior international correspondent and his work field is Hong Kong, from where he is covering the various events and stories. Previously he was serving CNN from Istanbul for 5 years. During his tenure in CNN, he traveled across the world, covering a wild range of events and stories. In a recent Hong Kong’s Umbrella Revolution, he played a vital role while covering the stories. In 2013, he covered the story of the devastating story of Typhoon from Haiyan, Philipines.

While serving from Turkey, Ivan Watson covered the story of a government crackdown on protestors in Syria and the country’s tumble into civil war. At the same time, he also covered the issue of Syrian refugee at the Turkey border. He has also covered the story cleansing of thousands of minority Christian in Iraq by ISIS. During his career, he has been to the Middle East, Central Asia and West Africa covering many hidden and unheard voices. He covered the story of the US-led invasion of Taliban in Afghanistan during 2001. During his tenure, he always focused on covering those stories that rarely grab headlines. In 2010, he released a documentary about the Greek traditional Patriarch of Constantinople’s efforts to save Istanbul’s deteriorating Greek community from fading all-together. Watson has coordinated with veteran cameraman Joe Duran in this Documentary. Watson and Duran had also worked together while filming CNN’s iconic and disturbing images of the “Battle of the camel”. Watson was a part of award- winning team of a reporter who covered the story of the devastating earthquake in Haiti.

Moving to his personal life, there is not much more information on his marital status, relationship, and affairs. He might have dated many women but he has been successful in hiding those things from media. Hardworking Watson has made net worth of $150000 from his professional career. Currently, Ivan Watson is serving CNN as one their senior correspondent and enjoying his life along with duties in Hong Kong.