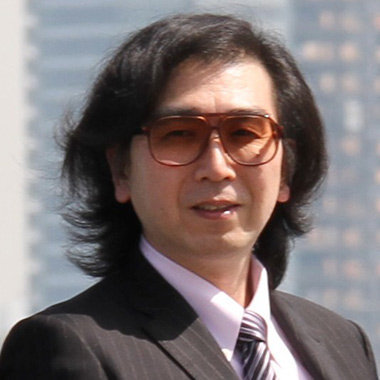 Yoshiyuki Sankai is one of the richest persons in the world. He is a Japanese billionaire who is a businessman and renown in the world as a founder, president and CEO of the cyborg-robot making company named Cyberdyne. He is also a professor of the Graduate School of Systems And Information Engineering at the University of Tsukuba. No wonder he is a billionaire. He is ranked as 19 among the richest billionaire in Japan In2016. He is even ranked as 1577 billionaire of the world. Yoshiyuki Sankai net worth is 1.28 billion which is extraordinary. He is from Ibaraki, Japan. There is very little information about his childhood. Therefore his actual date of birth and parents name is unknown.

Talking about his education Yoshiyuki Sankai  graduated from the University of Tsukuba in which he is currently a professor. He has a doctorate in engineering from the University of Tsukuba. Yoshiyuki Sankai was fascinated with a thought about the real flesh and blood that can be replaced with unreal ones which would perform as accurately as the original ones. He studied engineering to learn about the functionality of the artificial body.

Later, he found the firm named Cyberdyne in 2004 and he became the head of cyborg-robot maker Cyberdyne. Inspired by Hollywood movies on robotics, Yoshiyuki Sankai did invent a robotic suit known as HAL (Hybrid Assistive Limb). Yoshiyuki Sankai is known by his product HAL along with his name. HAL is an artificial limb that can capture signals directly from the brain and also functions itself as an independent body part.  The suit reads the electrical pulses in patients’ nerves and offers the potential to restore muscle movement as before. The body part may include your arms or legs. He invented Cyberdyne which provides medical care and welfare units to hospitals across the world. It is built as awing to the HAL. He is also designated as Professor at Baylor College of Medicine, Houston, Texas. He is awarded by World Technology Award in 2005.

Concerning about his professional life, his career began in 2006 when he was confident that he called a conference to showcase a demo of HAL in front of Council of Science and Technology, even the Prime Minister and some senior government officials. Yoshiyuki Sankai made a good impression and shared his vision for the future of artificial body parts.  In current days Cyberdyne is responsible for providing multiple medical care centers across the world with the motive of better mobility of disabled patients. Replacing a limb with a robotics is as expensive as it is fancy as it is thought. According to the Yoshiyuki Sankai Wikipedia his net worth is 1.28 billion in December 2015. Yoshiyuki Sankai biography is one of the inspirational and motivational as he has a mission to assist in Human welfare. His biography can be found in Wikipedia and different sites on the internet. He is a successful businessman and innovative engineer as well.