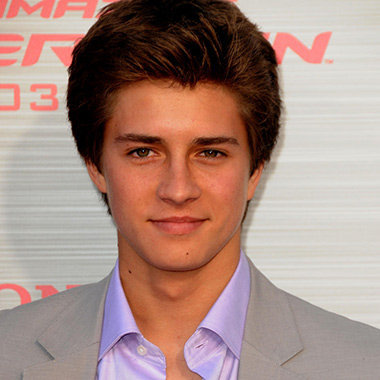 William Brent “Billy” Unger, often known professionally as William Brent, represents himself as an American actor. He has gained name and fame as the talented actor and is best known for his role on the Disney XD series Lab Rats and Lab Rats: Elite Force where he played the role of Chase Davenport. He made his identity as Billy Unger and after Lab Rats Elite Force, he was credited as William Brent. Having been in the industry for more than 6 years, he has been considered as the rising star of Hollywood. To get the position that he currently holds, he has been working dedicatedly for several years.

Moving to his early life, Billy Unger was born on October 15, 1995, in Palm Beach County, Florida. He spent his childhood days in Palm Beach and completed his school education there. Later on, he moved to Hollywood with his family and started to work to get a place in Hollywood. Having Dashing looks and charming face, Unger has been able to impress many directors and producers in Hollywood with his acting and attitude. Besides acting, he also plays guitar and he stated that he is inspired by the music of Guns N’ Roses, AC/DC and Led Zeppelin. While talking about his favorite guitarists he prefers to follow the music played by Slash and Jimmy Page.

“I love Aerosmith. I love Guns N' Roses, AC/DC, anything from that era, Led Zeppelin. So my guitar style is very much like Slash or Jimmy Page. I love playing that kind of music. It's where my heart's at.”

After moving to Hollywood with his family, Billy Unger began his professional career in acting. He starred on Disney XD’s Kickin’ It, A.N.T Farm, on No Ordinary Family, Hawthorne, and Medium. He also made his appearances on Disney Channel’s Sonny with a Chance, Terminator: The Sarah Connor Chronicles, Cold Case, Desperate and The Tonight Show With Jay Leno. He appeared in numerous big budget movies such as Jack and the Beanstalk, You Again, Rock Slyde and National Treasure 2: Book of Secrets. He began to appear as Chase in the Disney XD series Lab Rats and became the youngest of the super-human bionic teens.

Billy Unger's other film works include Crank: High Voltage (as Young Chev Chelios), Opposite Day (as Samuel Sammy Benson, Monster Mutt (as Zack Taylor) and The Lost Medallion: The Adventures of Billy Stone (as Billy Stone). Similarly, his television works include: Scrubs (as Devin), Desperate Housewives (as Chad), Can You Teach My Alligator Manners? (as Eric) and Mental (as Conor Stephens). For his work in various movies and television series, he has received numerous award nominations and has won three awards.

Digging his personal life, Billy Unger has been dating Angela Moreno since 25 July 2014. They are kissing in a picture they uploaded in Instagram. Previously, Unger has been associated with Teala Dunn, Raini Rodriquez, Ali Simpson and Alison Ashley Arm. Being a star at the early age, Unger has made net worth of $400000. This handsome hunk has a height of 5’8’’. He can be followed on facebook, Instagram, and twitter