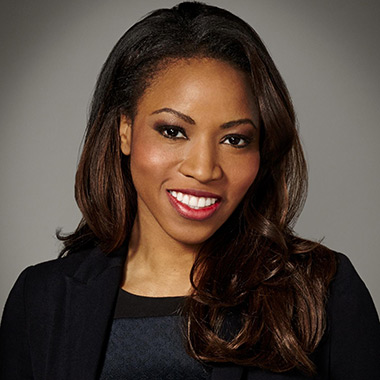 Zain Asher is a Nigerian-born British television personality and the anchor of Atlanta-based CNN International. She was born on August 27, 1983, as Zain Ejiofor Asher. She joined CNN as a business correspondent based in New York in 2013. Now she works for CNN based in Atlanta and anchors CNN Newsroom in CNN America. She is a columnist for Money Magazine which is published monthly. Before being enrolled in CNN she was a reporter for Money. Chiwetel Ejiofor is her older brother who is a writer, director, and actor in Britain.

Zain’s talent has captured the attention of a large number of audience and she is successful to maintain a good rating of the show. She has been able to win thousands of hearts by her skills and attitude. She is also listed among the most talented financial reporters in the United States. She is the little sister of a very famous actor Chiwetel Ejiofor but she didn’t use any help of his public relations to land a job. She did it on her own. Her parents are Arinze Ejiofor and Obiajulu Ejiofor and their ethnicity black.

Asher loves her brother very much. She couldn’t stop her tear when she knew that her brother Chiwetel was nominated for Academy Award for his role in movie 12 years a Slave. Unfortunately, he did not get the award. Matthew McConaughey took the title for his role in the movie Dallas Buyer Clubs.

Zain was always smart and talented since her childhood. She decided to get a double degree from Columbia university and Oxford university. Now she is working for CNN and News 12. She had also worked in Nigeria, France, and Mexico. She is fluent in Ibo which is her native Nigerian language, French, English and Spanish. She had graduated in distinction in oral Spanish.

Zain came to CNN from Money Magazine and had covered much general news for CNN. She covered the world’s attention capturing news in 2014 when more than 200 schoolgirls were kidnapped by militants of Boko Haram and threaten the government that they will be sold in Cambodia. Before that, she covered the bomb blast at Boston Marathon which was later declared as a terrorist attack. She also covered the Greece’s debt crisis.

Zain also covered the 2015 Nepal Earthquake of tremendous 7.9 magnitudes where more than 8,000 people died and more than 15,000 were injured and many were buried in the Himalayan range. She also covered the terrorist attack in France in Charlie Hebdo office.

When she was a business correspondent of CNN New York she covered economic and financial news like U.S. Federal Reserve monetary policy, New York Stock Exchange and interviewing entrepreneurs and CEO of multinational companies.

Zain Asher also gave TEDx talk in London which is a free talk show organized in the different major cities of the world. Zain has both Facebook and Twitter account where you can follow her and know about her more. Her pictures can be easily found on the internet. She likes to keep her private life personal so her relationship is not disclosed. Zain is making millions every year and adding the beautiful sum of money every year increasing her net worth.