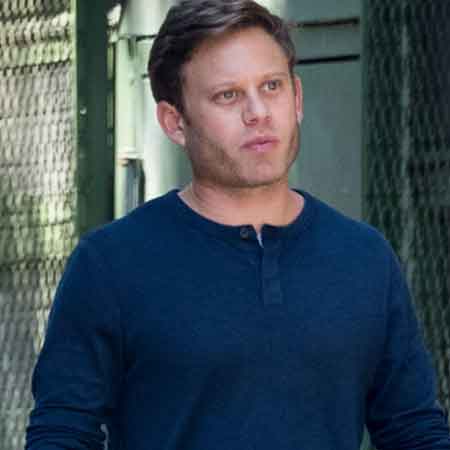 Zandy Reich is famous for dating the Glee star, Lea Michele. He also is the president of AYR- All Year Round clothing company for women.

Zandy Reich is engaged to be married to the Glee actress and singer Lea Michele. He proposed Lea with a big 4-carat diamond ring.

Zandy Reich was born in Philadelphia on 24th January 1983. He spent most part of his childhood there. At his high school, he used to play lacrosse. During his high school time, Reich was involved in many sports like baseball, football, and lacrosse. He later fancied lacrosse to others.

After his high school graduation, he was accepted at the most prestigious University of Pennsylvania’s Wharton School of Business. During his senior year, he was made the captain of the team.

Reich says that he learned his leadership and teamwork skills during his term as the captain. His major was financing and graduated from the university in 2005.

After Zandy’s graduation from the University of Pennsylvania, he worked at Renaissance Capital; an investment banking company.

In 2006 he got the job in Goldman Sachs in the Equities Division as an associate. Zandy Reich quit his job at the Goldman Sachs in 2011 and joined an apparel company Theory in the position of head of the business division.

In 2014 Zandy Reich started his own business in the clothing line called as All Year Round (AYR) clothing company. AYR designs season-less clothing items for women which can be used for daily use. The clothing company has its studio in downtown New York City.

In an interview, when asked why he found the company late, he replied with “We founded AYR in 2014 because sometimes, the simplest things are the hardest to find…”

All Year Round have their services very where from New York City to Los Angeles, they make their denim in LA. Conferring to the All Year Round’s official website they say that AYR is the “label for women who don’t like to be labeled”.

They make clothes for talented, strong and smart women. They make unconventional designs which are fancied by extraordinary women.

Zandy Reich is engaged to be married to the Glee actress and singer, Lea Michele. Zandy proposed to his girlfriend Lea and she said yes. Zandy and Lea were friends for a long period of time before they started dating each other.

The news that Reich and Michele were engaged was broken to the world by Lea, who was seen on Instagram happily showing off the huge 4-carat ring that Zandy proposed her with. Lea is an award-winning actress of Glee, with Emmy and People’s, chose award in her bag.

Zandy is a very private person who is not active on any social Media, likewise, he has not shared his financial status, net worth or salary with the public yet. But being a founder of a successful fashion company like AYR must be extremely lucrative.

The ring that Zandy proposed with was 4 carat which is very expensive so he must have balance well enough to buy such a ring. His company AYR is running well and is able to generate a huge sum of money from it.

Allocating information from several sources as of 2018 it is found out that Zandy current net worth is estimated to be around $1 million USD. On the other hand, Zandy Reich’s wife/spouse has the net worth of $12 million. The couple is living happily and lavish life.