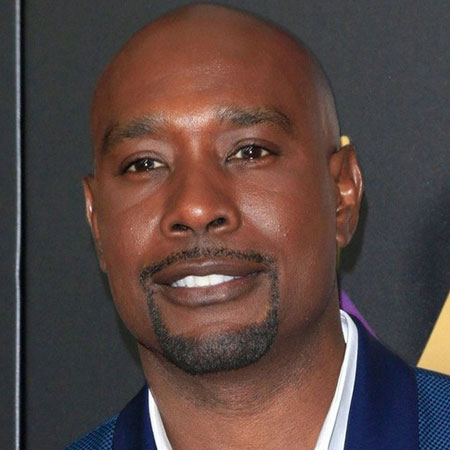 Morris Chestnut is an American actor, mainly known for his roles in films like Boyz n the Hood, The Brothers, Two Can Play That Game, Ladder 49, The Best Man and The Best Man Holiday, The Perfect Holiday, Like Mike, Not Easily Broken and Think Like A Man. He also has played in numerous of TV series. He also co-starred as Jeff Carswell in Out All Night. He currently hosts the new BET show Vindicated.

Morris was born on January 1, 1969, in Cerritos, California, United States. He was raised there. He was born to Morris Chestnut, Sr. and Shirley. He studied at Richard Gahr High School and graduated from there in 1986. He then attended California state university, Northridge and studied finance and drama there.

He did her first professional acting role in season 2, 19th episode of Freddy’s Nightmares: A Nightmare on Elm Street: The Series. He acted as Jordan in the episode. The episode aired on February 18, 1990. He then was featured in the film in Boyz n the Hood as Ricky Baker. He then played in various roles in several TV movies. He also played a role on Patti LaBelle’s Out All Night. He then uplifted his career. He got the co-starring role in standard big-budget studios film which includes G.I. Jane and Under Siege 2: Dark Territory. He was awarded the annual Madden Bowl video game competition in 1998.

In 1999, he starred in The Best Man along with Taye Diggs and Nia Long. He played as a professional football player on the eve of his wedding. The film, The Best Man got the positive reviews from the press as well as from critics. It also did well at the box office. He was awarded NAACP Image Award nomination for his performance in the film. He then again played in The Game Plan as a football player. He then starred in The Brothers in 2001. The film is on the themes of fidelity and success among young professionals. He then appeared in Ladder 49 as a firefighter in 2004. For the three time, he has worked with Steven Seagal. He appeared as Seagal’s reluctant partner in Under Siege 2: dark Territory. He co-stars as the main villain in Prince of Pistols and Half Past Dead.

He is a happily married man. He is married to his longtime girlfriend Pam Byse in 1995. The couple is blessed with two beautiful children. There is no sign of separation or divorce as they are living a happy married life. He has a very supportive wife, who has helped him with every situation of life. He uses his social networking accounts to keep in touch with her fans. We can get his biography on Wikipedia. He got a good physique as well. As of 2016, Morris Chestnut’s net worth is $14 million dollars.