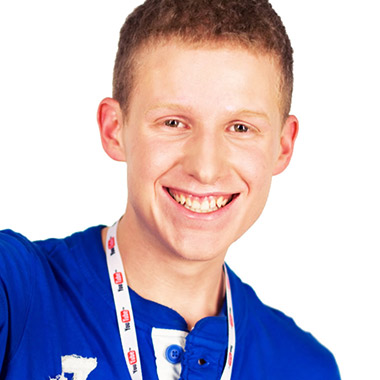 Recently, Bryan Stars confirmed that he is a gay. He is currently in a relationship with a YouTuber Robbie. He recently admits he is a gay through a video and shared his feeling to his fans.

BryanStars was born on 22nd May 1990, in Sendai, Japan. His birth name is Bryan Odell, but he is mainly known by his online alias. He lived in London until he was eight years old and later moved to Nebraska. He studied at Lincoln East High School and graduated from there in 2008.

For two years he visited the University of Nebraska. He left his university early to focus on his YouTube channel called BryanStars.

The music industry didn’t pay much attention to the rock and metal music scene so that he created his YouTube channel. He earns more than 3000 or 4000 USD per channel visit per month. He got only 50 dollars per month in the beginning. In 2011 he won 35000 USD money prize at the YouTube Next Up! Contest held in New York City. He also earned a multi-day workshop with professional online bloggers.

“Everyone’s already talking about Justin Bieber. No one’s talking about Warped Tour or even Slipknot. I definitely go for my niche audience. There is a huge online following for these alternative rock bands. And MTV really isn’t about music anymore. So where do you go to find the next big thing?”.-BryanStar.

Moreover, He interviewed acts such as Asking Alexandria, Pierce the Veil, The Ready Set, Escape the Fate, Memphis May Fire, Blood on the Dance Floor, Sleeping with Sirens, Blessthefall, Tonight Alive, Slipknot, Black Veil Brides, Of Mice & Men and Creed.

Similarly, he also interviewed artists like Cody Simpson, Rob Zombie, winners of American Idol, Keri Hilson, and Mitchel Musso. He created his second YouTube channel BryanStars 2 and used for music video publications. His second channel has more than 180,821 views and 42372 subscribers. He also has his third YouTube channel BryanStarsSings in which he uploads his own cover songs.

BryanStars was interviewed by Never Shout Never on 3rd June 2012. The New York Times also covered his interview. He has a large number of fans who are following him on his social networking sites. He uses his social accounts to interact with her fans.

Recently, Bryan Stars confirmed that he is a gay. He is currently in a relationship with a YouTuber Robbie. He recently admits he is a gay through a video and shared his feeling to his fans.

Bryan Stars went on to explain. “Since I’m older, it’s different,” the 26-year-old said. “I grew up in a time when people didn’t really accept people for being gay… I grew up thinking that being different was a really, really bad thing… that being gay was a terrible thing.”

“I don’t want you guys or girls or anyone watching this video to go through what I did,” he said. “I have gone my entire life lying about who I am and it sucks… You shouldn’t have to live your whole life in the closet… You should be able to be who you are as early as possible in your life. I hope that by doing this video maybe other people will have the courage to do it as well. It’s one more example that we live in a world now where it’s OK to be who you are and it’s OK, to be honest.”

Bryan earns a good sum of money in his career. Being YouTube he has uploaded several videos which have millions of views. As explained before, He earns more than 3000 or 4000 USD per channel visit per month. He got only 50 dollars per month in the beginning. In 2011 he won 35000 USD money prize at the YouTube Next Up!.

So, there is no doubt that Bryan is earning a good sum of money. He also obtains a decent amount of money from his other YouTube channel called “Bryanstars 2”. Allocating information from several sources as of 2018 it is found out that his current net worth is estimated to be around a half-million dollars.