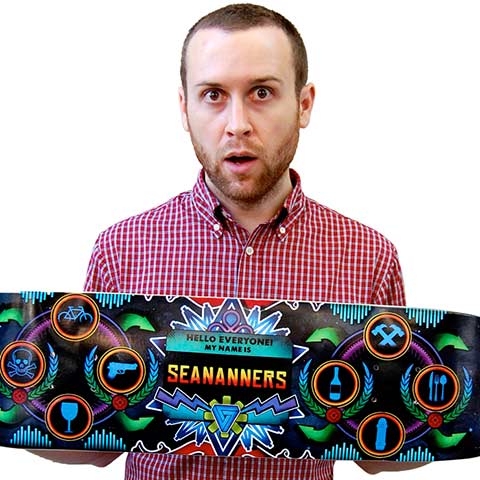 Born on June 12, 1984, in San Diego, California, United States, Montoya graduated from San Diego State. Upon graduation, he found job hunting to be tedious and instead of searching for a job he did freelance works including filming weddings. At the same time, he used to watch games commentaries by various commentators in YouTube. Inspiring by those commentators, he decided to upload his own commentaries on the game on YouTube. His videos are viewed by numerous viewers and he got a positive response from his firs video. After getting a positive response in his first video, he continued uploading for video in YouTube and slowly gained public attention. On December 3, 2009, Montoya explained that he is now working with Machinima Inc in his video he uploaded on YouTube.

Since then, they have been posting gameplay videos on the network channel. Taking collaboration with Machinima Inc to next level, Montoya posted a video mentioning that he is a full-time employee of Machinima. He has gained name and fame as a Video game commentator and actor. On November 5, 2014, Montoya and his associates jointly launched an MCN, JETPAK so as to create a network that does not contractually take advantage of YouTubers. MNC (Multi-channel network was established to work with video platforms such as YouTube and provides assistance in areas including product programming, cross-promotion, digital rights management and partner management. Former Machinima employees have been operating the MCN.

Montoya is considered as a YouTube celebrity, he has more than 5.5 million subscribers on YouTube and has 2.05 billion views in total. Previously, he commentated over Call of Duty, playing it on Xbox 360. Recently he has been commentating on PC games. Recently he has uploaded videos: KING BANANA NIPPLES, LET’S TALK, DAITHE DE JOE ! and NIGHTMARE GAME. Being a YouTube celebrity, Montoya has nearly 1million followers on twitter. Similarly, he has been followed by 379k followers on Instagram.

Montoya is currently dating Cathy Diep. Montoya and Cathy met while Montoya was working at Machinima.com. Cathy was in marketing department while Montoya was working as a host for the Respawn team. At the beginning, they kept their relationship secret and their relationship was revealed when in one video Cathy and Montoya were playing a game together. There has been a rumor that Cathy and Montoya are married but Montoya denied it in his video. The couple seems happy together and they may tie the knot soon. Montoya has made net worth of $4million. Montoya stands tall with a height of 180 cm.