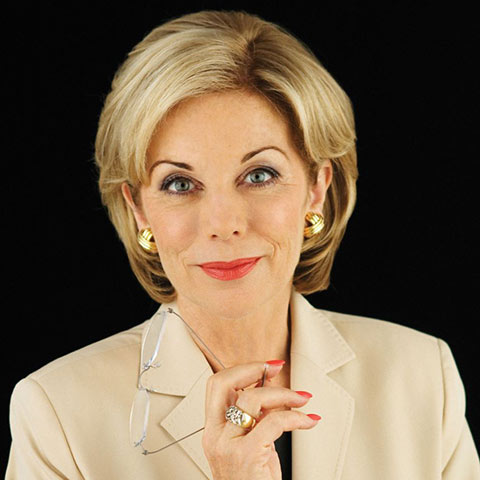 Ita Buttrose is an Australian journalist, businesswoman, author and television personality. She has also served in the position of the founding editor of a high-circulation magazine aimed at women aged between 20 and 40.

Buttrose also has experience of working as the editor of the Australian Women’s Weekly, where she was the youngest person to ever be appointed to the position of the Weekly. Since 2013, she has been appearing on the Network Ten morning program Studio 10 as a panelist.

Buttrose was born on 17th January 1942 and raised in Potts Point, Sydney. She was named after her maternal grandmother. She belongs to the Catholic family, where her father Charles Oswald was a journalist by profession and once worked in Daily Mirror in Sydney as the editor.

Ita moved to New York and spent 5 years in New York when her father was working as the New York correspondent for The Daily Mirror. In 1949, the family returned to Australia and her parents divorced after details of her father’s private life were published in tabloid press which caused considerable anguish to her mother.

Her family was economically weak and she had to leave private school as her father was unable to pay her fees and then she joined a public school. She completed her school level education from Dover Heights Home Science School when she was 15.

Upon completing her school education, she started her career as Australian Consolidated Press, where she worked as a copy girl and became a cadet journalist on The Daily Telegraph and The Sunday Telegraph. Her work was praised when she covered the Australian tour by Princess Alexandra. During that time she was just 17 years old.

Buttrose has experience of working as an editor for various magazines including Telegraph, Cosmopolitan, and The Australian Women’s Weekly. She also collaborated with Packer and created a new publication, dubbed Cleo in 1972. The magazine featured the first nude male centerfold of actor Jack Thompson and the magazine was highly focused on topics such as female sexuality.

Buttrose has also gained name and fame as an author. She has authored and published nine books which include her autobiography, A Passionate Life. In June 2013, she joined Network Ten and currently, she hosts morning program Studio 10. She also has worked as a regular commentator on breakfast show of Nine Network, Today.

Later, she tied the knot with her second husband, Peter Sawyer in 1979 and separated in 1980. Currently, she resides in Sydney along with her children and grandchildren.

Being a journalist, Ita has worked in several TV stations and magazines. Her work has earned her wide appreciation and honors. Despite a journalist, she is also an author and businesswomen, through which she obtained a good sum of money as salary.

Allocating information from several sources, it is found out that her Net Worth as per 2018 is around $82 million.