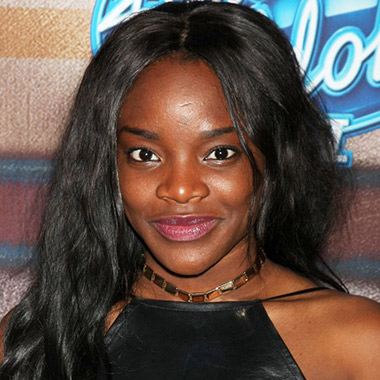 Adanna Duru is an American singer from Diamond Bar, California. She is mainly known as the contestant of American Idol fourteen season who placed tenth. She also participated in the third season of The Voice and she there chose Adam Levine’s team.

Adanna was born on October 10, 1996, in Whittier, California. She was raised in Diamond Bar, California, United States. She was born to Nigerian parents. Her mother name is IJ Duru. She moved to the US for college. She also has an older brother and younger brother named Zim and Koby respectively. She with her brothers were raised by their single mother. When she was 10 years old, she wrote her first song titled as “Come Back to Me”. She also became the 2011 Southern California Icon winner. She attended Walnut High School and graduated from there in 2014. During her school days, she was the class president. When she was in school she played volleyball and track and field. She currently studies at the University of California in Riverside.

She took part in the third season of the Voice in 2012. In the audition she sang “The edge of Glory” and was selected, she then chose Adam Levine’s team. During the Battle Rounds, she was teamed up with Michelle Brooks-Thompson. The together sang “Crazy in Love” but unfortunately she was eliminated.

Andanna auditioned for the 14th season of American Idol by singing Lady Gaga’s “You and I”. In the Showcase week, she sang “It’s A Man’s Man’s Man’s World”. For her performance, she got standing ovation by Jenifer Lopez and was successfully advanced to Top 24. She was chosen as a wildcard to continue. Unfortunately, on March 25, 2015, she was eliminated. On May 13, 2015, she joined Jidenna and Janelle Monae and performed “Yoga” on the season finale.

She also provides vocal lessons to elementary school and middle school children. She is also an ambassador of a group which is dedicated to helping victims of sex trafficking in underdeveloped countries, called Stylites. She also co-founded a local chapter of Stylites for her high school. Currently, Andanna Duru is attending the University of California in Riverside.