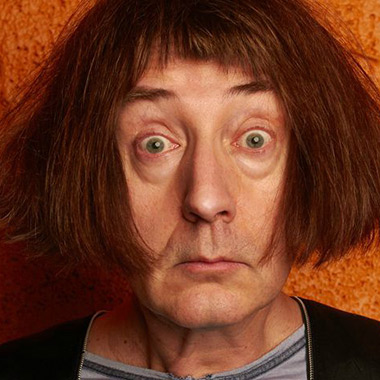 Emo Philips is an American entertainer and comedian. He is a very famous comedian. Emo was born on February 7, 1956, in Chicago, Illinois, United States of America. Ge studied at Downers Grove South High School which is located in Downers Grove, Illinois.

He till date has recorded three comedy albums. He recorded his album E=mo2 live at Caroline’s in New York City. For best comedy, his album was awarded the 1985 New Music Award. It was later re-released on a single CD with his Live at the Hasty Pudding Theatre album. In 2001 he released his another album called as Emo. In a 2005 online poll, his joke was voted as the funniest joke ever. He then appeared at the Newbury comedy Festival in 2006. Because of his talent, he was successful in including himself in the top 50 of E4’s 100 Greatest Comedians. He was also listed in number 54 on Channel 4’s top 100 greatest standups

Talking about his exclusive career as a standup comic, he has been featured in acting roles on television series which includes The Weird Al Show and Miami Vice. He then appeared as a guest on British television panel game 8 Out of 10 Cats. He also has done several voice jobs which include some of the animated series like Home Movies: Space Ghost Coast to Coast, Dr. Katz, as Cuber the mysterious storyteller Adventure Time and Professional Therapist. He also appeared in the animated series Slacker Cats as the voice of Dooper. In February 2015 he appeared on an episode of @midnight. He has also featured in the 1989’s film UHF. He there appeared as a clumsy school shop teacher who accidentally saws his thumb off playing the character of Joe Earley. In 1988 he appeared in Desperation Boulevard.

“What is eternity? You’re on the checkout line at a supermarket. There are seven people in front of you. They are all old. They all have two carts and coupons for every item. They are all paying by check. None of them have ID. It’s the checkout girl’s first day on the job. She doesn’t speak any English. Take away fifteen minutes from that, and you begin to get an idea of what eternity is.”

Before taking the pseudonym under which he performed, his given name was Phil Soltanec. He got married to comedian Judy Tenuta in 1988. Judy is an entertainer with an offbeat comic persona. Unfortunately, they got divorced later. He then got married to Carmi. They also got divorced. On November 5, 2011, he got married to Kipleigh Brown. They are living a happily married life together. There is no sign of divorce or separation. He has cut his hair in a unique style. His pictures can be found on the Internet easily. As of 2016, Emo Philips’s net worth is around $3 million dollars.