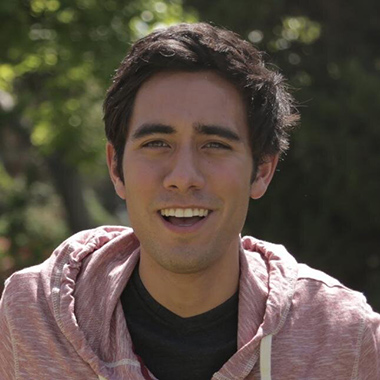 Zach was born on February 4, 1990, in Portland, Oregon, United States. She was born from White American mother and Chinese American father. When he was seven years old, he filmed his first film using a home video camera. He purchased a video equipment including a Mac computer when he was fourteen. He also bought cameras as well as a tripod and started making and editing videos. He attended Biola University and graduated from there in December 2012 with a Cinema and Media Arts Major.

In 2008, he started his website FinalCutKing.com. He provides training and tips about using the editing software Final Cut Pro. He was unable to find tutorials for the software on the internet so he offered training and tips on his site. He also started his YouTube channel at the same time. He there provided tutorials for visual effects using the software. He was successful in gaining an audience for his website. After that, he began selling training seminars and earned money to pay for his college fee. In 2012 he participated in Viral Video Show as a contestant that aired on Syfy. He posted a video titled Jedi Kittens on YouTube in 2011. He produced that video with a college friend. In the video, there was shown two cats who are fighting with lightsabers. In three days the video gained over a million views. The video got more than 5 million views. He then posted a sequel video titled Jedi Kittens Strike Back which gained over 10 million views

In 2014, he posted the third video titled Jedi Kittens with force. In May 2013 he was named as one of the 25 most promising film-makers in America by YouTube. He was awarded $35000 by YouTube as part of its NextUp Creators contest. He also won a trip to New York City for four days. In September 2013 he made his Vine account. For the next thirty days, he decided to create on Vine each day. His first Vine was a success and he decided to continue and post new Vines. In January 2014 he appeared on The Ellen DeGeneres Show. He then started making Vine videos for a living.