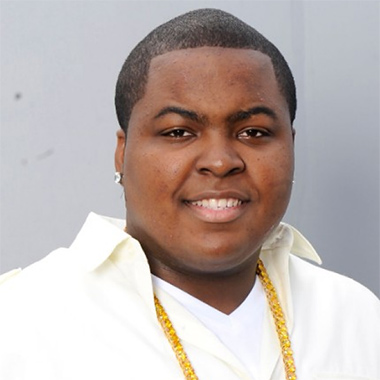 Sean Kingston is a Jamaican-American singer, rapper, songwriter as well as actor. In 2007 he released his first album “Sean Kingston”.

He was born on February 3, 1990, in Miami, Florida, United States. His birth name is Kisean Anderson but he is famous with his stage name. When he was six years old, he moved to Kingston, Jamaica. He completed his high school in Ocho Rios. His grandfather name is Lawrence Lindo. He was the noted Jamaican reggae producer who during his days worked under the stage name Jack Ruby. He spent three weeks in jail for burglary. His mother was incarcerated for identity theft because of which he lived in a car for a while.

Kingston was discovered by Tommy Rotem on Myspace at Beluga Heights. He signed as partnership deal with Sony. In May 2007 he recorded the single “Beautiful Girls” in a venture between Koch Records and Epic Records. The song was successful to peak at the top of the Billboard Hot 100. His single “Beautiful Girls” became successful internationally and also topped the charts in countries like New Zealand, Spain, Australia, the republic of Ireland, the United kingdom, and Canada. The song was successful to spend four weeks at the summit of the UK Singles Chart in the latter country. He did the opening fact for Gwen Stefani’s The Sweet Escape Tour and for select dates on Beyoncé’s The Beyoncé Experiment Tour in 2007. As he is a Jamaican singer, he kept his stage name in the capital of Jamaica called as Kingston

On September 22, 2009, he released his album “Tomorrow”. Former Fugee Wyclef Jean; Red One, J.R. Rotem are producers involved in the album. He also released his singles “Fire Burning” and “Face Drop”. In addition, five promotional digital services were released. He has co-written Jason Derulo’s “Whatcha Say”. On Myspace he found the R&B reggae singer Iyaz and signed him to his record label. For the UK girl-group Sugababes studio album “Sweet 7” he recorded the track “Miss Everything”. The track was released on March 15, 2010. He was featured in the new single “For My Hood” along with DJ Khaled from the movie The LOTTERY TICKET. On March 23, 2010, he released his first single from the album ‘Eenie Meenie” featuring Justin Bieber. The single is also included on Bieber’s My World 2.0 album. He released his single from the album “letting Go (Dutty Love)” featuring the verse from Nicki Minaj on August 3 on iTunes.

On September 8 he released his third “Dumb Love” on iTunes. His new song “She Moves” samples Irena Cara’s “What a Feeling” from the film Flashdance. On December 21, 2010, he released his fourth single “Party All Night (Sleep All Day)”. On the Singapore 2010 Youth Olympic Games, he represented the continents of South and North America to sing the song “Everyone”. On February 3, 2011, he released his first mixtape “King of Kingz” as a free download. He released a mixtape with pop star Justin Bieber called “Our World”. On august 1 2010 he showed his fans a preview on uStream. He released his new album “Back 2 Life”. He linked up with T.I. for the video “Back 2 Life”.

He currently lives in Cary, North Carolina. He appeared in an ad for PETA with one of his dogs. He was involved in a Jet Ski accident in Miami Beach on May 29, 2011. He suffered a fractured wrist as well as he broke his jaw but later he made a full recovery.  His talent and successful career have earned him a net worth of around $2 million dollars (2016).

Kingston filmed a social service announcement with Do Something to motivate teens to become active in their communities by forming a Do Something club. In 2010, he appeared with one of his dogs in an advertisement for PETA, promoting not to chain their dogs outside.