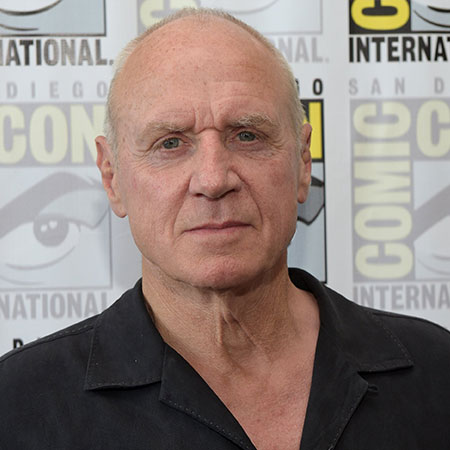 Alan Hugh Dale, often known as Alan Dale, is a New Zealand-born actor who has been active in the film industry since 1979. He is best known for his appearances on “The Young Doctors” and “Neighbours.”

From Rugby to the Radio Station

Born on 6 May 1947, in Dunedin, Otago, New Zealand, as one of the four children of his parents, Dale was raised in economically deprived family. He was a victim of bullying in his childhood. Dale saw television for the first time in 1960.

During his school days, he was a celebrated Rugby Player, and he played Rugby till he was 21.

In his early days, he was more inclined towards theatre and amateur dramatics. He did his first stage performance at a school concert, making an impression of Shelley Berman. After his parents became one of the founding members of an amateur theatre in Auckland named “The Little Dolphin Theatre”, he began taking on numerous off-stage jobs (operating stage equipment, producing weather effects and much more) and on-stage roles in the theatre.

Later, he gave up his Rugby Career after he realized that Rugby is not a viable career and gave more time in acting. Since acting wasn’t enough to meet his needs, he had to handle multiple jobs such as male model, a car salesperson, and a realtor.

While working as a milkman, he got an offer from a radio station after he was able to impress the manager during a trial. The impressed manager hired him for the afternoon show. That was his first radio experience, which later assisted him to be a professional actor.

Despite working dedicatedly and passionately, Dale couldn’t give a smooth start to his professional career. He made his appearance in his first on-screen role in the New Zealand television drama Radio waves.

After several unsuccessful appearances, he realized the limited scope of acting in New Zealand and decided to apply for the National Institute of Dramatic Art in Australia. But fate had something else in mind. The reputed institution rejected him because of his age (then 32).

Alan Dale struggled hard in the acting industry even after he got the acclaimed role of Jim Robinson in the Australian soap opera Neighbours.

Even after the success of Neighbours, his struggle was not halted; he had a hard time finding work in Australia and lost his money that he had made doing voiceovers and publishing magazines about his previous shows – in a failed children’s magazine.

He couldn’t save much during his “Neighbours”” spell, partly because of low pay and also because he had to look after his sons.

“You were a totally replaceable commodity; [the production company] didn’t put any value on any of the people appearing in the show. I didn’t like it there, they were not nice people. When we decided that we hated each other, the company and me, one of the things the company did was to market everything they could out of us and pay us nothing. Dale and the company (Grundy Television) parted on bad terms.

– Alan in an interview, about Neighbours

Later, Dale decided to move to the United States along with his family, seeking more opportunity. After realizing that he could not improve his acting career without taking a substantial move, he revitalized his career and joined an acting class. During his ups and downs, his drama teachers supported him and encouraged him to aim for bigger roles.

Even in the United States, he had a hard time before he portrayed the role of South African Al Patterson in four episodes of ER. Since then, he has never looked back.

Dale has been married twice. He first married his girlfriend Claire in 1986. Both Dale and his ex-wife Claire are active in the entertainment industry. Clare and Dale have two children, Simon, and Matthew.

The couple separated in 1979, and Dale moved to Sydney, where he married his second wife, Tracey.