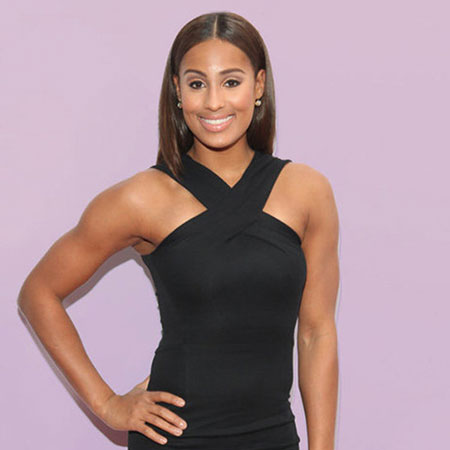 Skylar Kierra Diggins, often known as Skylar Diggins, is an American-born basketball player who has been playing for the Dallas Wings in the WNBA. She has been playing in WNBA since 2013 when she was drafted for Tulsa Shock.

Born on August 2, 1990, as the daughter of Tige Diggins and Renne Scott, Skylar grew up along with three younger brothers and a younger sister. During her childhood days, she was a softball player.

Diggins completed her high school education from Washington High School, South Bend, Indiana. At the beginning of her high school career, she played as a starter for four years and led the team as a captain for three years. She concluded her freshman year averaging  20.8 points, 4.3 rebounds, 5.4 assists, 3.6 steals and 1.2 blocks. Diggins helped the Panther to clinch the title of State Championship 2007.

During her high school days, she was a versatile student – flawless in basketball,  excellent in academics and praised as a  volleyball player. For her shining performances in collegiate basketball, she received induction of Gatorade Indiana Girls Basketball Player of the Year for two times.

Diggins was accepted by both Stanford and Notre Dame University, but she picked Notre Dame over Stanford. She was an entrepreneurship management student at the University.

As a freshman, she played as a starter in 30 Notre Dame’s games and concluded her freshman career with 13.8 PPG (scores, point per game),  2.6 SPG (steals per game) and  3.2 APG (assists per game). She became the fourth player to score 400 for ND as a freshman and the first with 100 assists in the debut year.

She came into the limelight after she started her career as a sophomore and concluded with 14.4 PPG, 4.8 APG, and 1.9 SPG. For her record-breaking performances, she received various honors including Associated Press as a 2011 Third Team All-American and 2011 State Farm Coaches All- American Team.

In her senior year, she was in full form and gave her best performances of her college career. She concluded the senior year career with a record of 17.1 PPG, 6.1 APG, 3.5 RPG and 3.1 SPG.

She is one among the six  NCAA Division I players with 2000 points, 500 rebound, 500 assist and 300 steals. She ended her career at Notre Dame in the 2013 NCAA women’s basketball with 2357 points and made records for points, steals, free throws made and double-figure scoring games.

Professional Career and US National Team

After enjoying a record-breaking college career, she started her professional career from 2013 NBA Draft, when Tulsa Shock signed her. She wrapped up her career at Tulsa with 20.1 points per game, 5.0 assists, and 1.5 steals. She also received 2014 WNBA Most Improved Player Award.

For US National, she played under-18 games in 2008 in Argentina. She helped the US National Team to win the gold medal with an average of 45.9, 14,7 rebounds, 14.2 assists and 9.7 steals. Likewise, she also helped the national team to bag the 2011 World University Games, winning all six games.

Off the Court and Personal Attribute

Besides her playing career, she has been working for Nike as a model and ESPN as a guest interviewer. Additionally, she is also working against childhood obesity.

She holds a business degree from Notre Dame University Mendoza College of Business.Diggins stands tall with a height of 5’9”. Throughout her professional playing a career, she has made net worth of $400 thousand approximately.