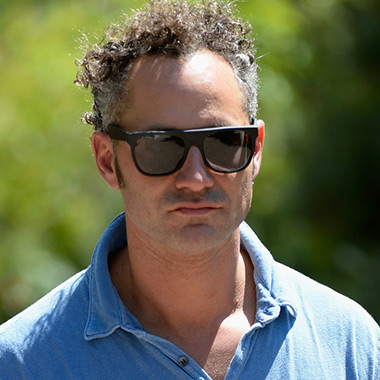 In the lists of  a billionaire, there is a certain person who has totally shaken the whole world. Having multiple threat of lives and various obstacle, some just managed to come up on the top. Alexander Karp is one of the name who is literally living on the edge and his contribution towards the security system has challenge various violent organization and parties to bypass it. Alexander Karp who is best known as the American businessman with billions of cash in hand and co-founder and CEO of the Palantir Technologies. Having so much little information about the man, he graduated from Haverford College and got the Jurisprudence doctor degree from Stanford University followed by another doctorate degree in neoclassical social theory from Frankfurt University.

Talking about his career he has been one of the successful businessmen. He served as the CEO of the software company, his company is the first private company to receive extreme finance and security from the CIA. Karp success in his field has dominated all the professional MBA’s graduated from Harvard and all the computer scientist from MIT. Gaining the huge identification of the Silicon Valley, he enters in the field of computer and software without any technical background. Karp initially began his career from his first venture Caedmon Group who serve the people with asset management being based in London. He has done several projects under the Caedmon Group and received huge success. After his completion of Doctorate degree from Frankfurt, he returns to the USA and forms a team with his pal Peter Thiel where he met in Stanford Law School and the founder of PayPal

The sharp mind with adverse guts was quite disappointed during the time of terror attack in the USA. Analyzing the situation back in the days, he came up with an idea to uncover the terror attack by introducing the software named Palantir. With the involvement of Theil and other 3 investors, the company was established in the year 2004. During the establishment of the company, his friend alone held the investing amount of $30 million which in later days became the most fruitful and profitable investment in his life. The establishment and work after that were quite hard.

He has faced many difficulties and an obstacle to bringing the company in shape. Since, he was no man from a technical background, many of the investors was in a dilemma whether to hold the company or leave it. The quicker Karp began to hire the top scientist and professional in order to carry out his dream project and to his surprise, he was directed to CIA’s other funding organization In-Q-Tel. Theil played the major role in stepping forward and support Alex to spread his service to CIA itself and other agencies.

After presenting the first protocol which was in high critics made Alex begin his dream work from the very beginning. With all his hard work, determination, and continuous follow-up to Washington every two weeks, he finally spread his tools all over his networks. Currently, Palantir provides service to the CIA, Pentagon, West Point, and many other renowned services with the world. With his immense success, the company is worth billions of dollars while he alone has a net worth of $1.6 billion (2016).