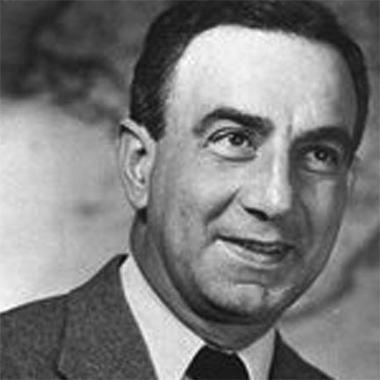 John Facenda who was an American broadcaster, sports announcer, and Television narrator and has his work flourished all over NFL Films, Football Follies, and National Football League is simply considered as “The Voice of God” by his fans and fellow followers.

No matter we die or lives, our work just remain and the world will simply cherish it. Well, the above statement has been correct for John Facenda. Though he is not with us anymore, TV journalist and reporters simply take him as the king of the show.

Having a keen interest in journalism from the very early age got his first job in the Philadelphia Public Ledger Newspaper. Though he was in an ordinary position in the newspaper the major through back came when the radio station WHAT.

The station was owned by Public Ledger itself called him for a substitute for the program Scholastic Sports Review. With his extraordinary skills and entertaining highlights, Fascenda was hired for the long term by WHAT which initially began his radio career.

The man with short-tempered left the WHAT when he was refused the reimbursement of $5(current value $86.72) for his pair of pigskin gloves. To continue his further career, he quickly moved to New York where he handles the position of program director for Ticker News Service. After serving several years in New York he came back to Philadelphia and joined WIP Radio in the year 1935 and served the station until 1952.

After his successful endeavors in Radio, he was hired by CBS-affiliated network WCAU-TV for TV work in the year 1952. He was aired for the first time on 13th September 1948 and was employed full time in the network handling Have a Nice Night tonight, Good Day Tomorrow and Goodnight All.

During the 50-60’s decades, he totally dominated the broadcaster news services and beat all the network channels and became the hot property. The turning point came in his life when was in the RDA club and notice the NFL films footage. The slow-motion videos and the style were so impressive that he thought to associate with NFL Films.

After associating with NFL films, he got into new heights, he covers a number of highlights during his time in NFL films. He continued his job at NFL films for a lifetime. For John Facenda contribution and dedicating towards NFL, he is now taken as the Voice of God.

The End of Anchorman Career began in the year 1972, where the Action News decided to replace the 60 years old Facenda. After knowing the replacement and disappointed at the last moment, he decided to move back and handle all the responsibilities to the next generation. He was seen in the WCAU for the last time on the year 23rd March 1973.

John Facenda was happily married to Dorothy Elizaberth Hunger. The couple tied the knot in 1937. John hasn’t shared any information regarding his child and also hasn’t much information about his wife. The duo had a good relationship and was very loyal to each other. Dorothy was with John until his last breath.

John died on the year 26th September 1984 in Havertown, Pennsylvania. Though he’s gone, his speaking styles and attitude is still followed by Action News. His last voice-over was the highlight movie for Super Bowl XVIII which he did for NFL.

John Facenda earned a good sum of money in his career. His passion and devotion towards Journalism have made him a successful person. He has worked in several TV and Radio station where he receives a decent amount of money as salary.

Allocating information from several sources as of 2018 it is found out that his current net worth is estimated to be around $1.9 million.