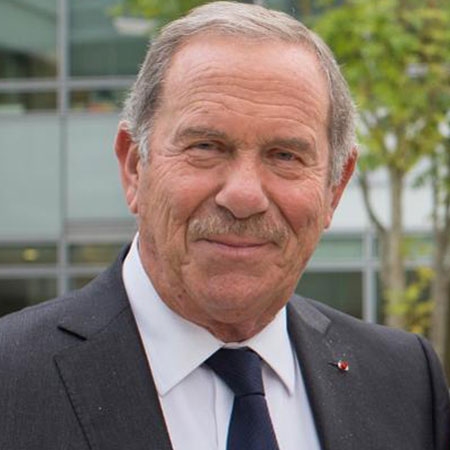 As we see the life of billionaire, we see their money and intense happiness and luxurious life floating on their way but we never want to hear their inner story and hard luck with solid determination to reach the spot. Among the several billionaire and marvelous personality, Charles Edelstenne is one of the name whose bio is as interesting as his life success and it can be taken as one of the motivational factors for the many new comers who wanted to do something with their lives.

Charles Edelstenne, who was born in the year 1938, January 9 is best known as the  and the CEO of Dassault Aviation. Coming from the small family he began his career from serving in the military in Morocco. He spend some years in the military service and in the year 1959 at the age of 21, he returned back from the service and started to look for the settled job. In the same year, with the help of his friend who was a private secretary of Dassault Systems founder Marcel Dassault managed the job for him. He began his career with the general secretary which later became the ladder to his future success. During his endeavors in the position, Pierre Francois was the closest friend and partner who helped him to know the job from every perspective.

Charles gained his official success in the year 1981 when he was assigned the task of nationalization which he delivered it very nicely and in excellent ways. He became one of the famous person in the company which was followed by his inner promotion and self-confidence. In the same year he created another subsidy company named Dassault Systems and became the president of it. The success kissed him in the year 1985 when he became the strong contender for the vice president election. He might have win it in the same year but due to certain death of the Marcel he lost the year and there was no promotion activity throughout the year. With his high skills and dedication towards the work, he had to let go the opportunity of being Vice President when the son of his ex-president join the company and took over the place of vice President. The news was quite shocking however he was cool with it and continue his efforts to bring the best for the company. In the year 1986, he saved the firm for loosing up $100 million when the company was sued from the Falcon 900 for the sum of $125 million. After his hard work and dedication for the company he was assigned all the responsibility and replace the Serge and became the CEO of the company in the year 2000. He was in the position of CEO for 13 years and was later replaced by Eric Trappier however he still serves the company as chairman.

Coming back to his personal life, he is happily married man, he married to Adele Edlestenne long time ago and they are still together. They might have many children together however there is no news of their children till now. Likewise with his influential career, he has managed to make his net worth to 1 billion dollar.