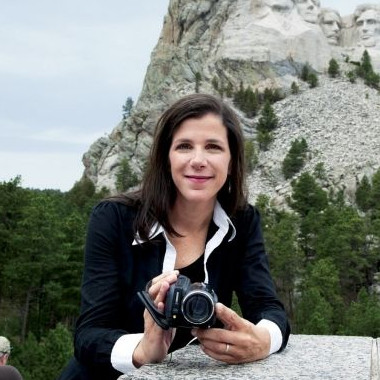 Alexandra Pelosi is an American journalist, film director, writer, producer and political activist based in New York City. She is best known for directing and producing “Diary of a Political Tourist”, “Journeys with George” and “Friends of God: A Road Trip with Alexandra Pelosi.”

Alexandra C. Pelosi was born on 5 October 1970 in San Francisco, California, U.S. She is the youngest daughter of five siblings of Nancy Pelosi, Congresswoman of California, House Democratic Leader, and Paul Pelosi. She received B.A degree from  Loyola Marymount University. She then attended the USC-affiliated Annenberg School for Communication and graduated with a master’s degree in Communication Management in 1993.

Pelosi kickstarts her career as a network television producer for NBC covering George W. Bush’s presidential campaign in 2001. She documented a year and a half of her experience on the campaign trail. The recording was used to create a documentary of “Journeys with George;” which earned her 6 nominations for the Emmy Award.

Pelosi left the NBC network news to work for HBO in 2011. In 2004, During the Democratic primaries, she returned to the campaign trail, this time going after the Democratic candidates. Her HBO documentary, “Diary of a Political Tourist”, came along with her book “Sneaking into the Flying Circus: How the Media Turn Our Presidential Campaigns into Freak Shows.”

In 2006, she created the documentary about evangelical Christians entitled “Friends of God: A Road Trip with Alexandra Pelosi,” which featured former pastor Ted Haggard. Shortly after this, she made a follow-up film, “The Trials of Ted Haggard,” in 2007, chronicling the outcast of Ted Haggard from New Life Church after his drug and sex scandal.

In 2008, Pelosi goes back on the campaign field to document the birth of the Tea Party movement at Republican campaign events for her film, “Right America: Feeling Wronged – Some Voices from the Campaign Trail,” which debuted on President’s Day 2009.

HBO premiered Pelosi’s film “Citizen U.S.A.: A 50 State Road Trip” in 2011. She headed out to every one of the 50 states to go to naturalization services and talked with immigrants as they became legalized American citizens. In 2013, she was at the Sundance Film Festival with her latest film, “Fall To Grace,” that follows a disgraced former Gov. Jim McGreevey.

In 2015, Pelosi came back to the place where she grew up to make a film about the tech boom’s effect on The City. In 2016, Pelosi made a documentary for HBO “Meet the Donors: Does Money Talk?” about money’s influence in legislative issues.