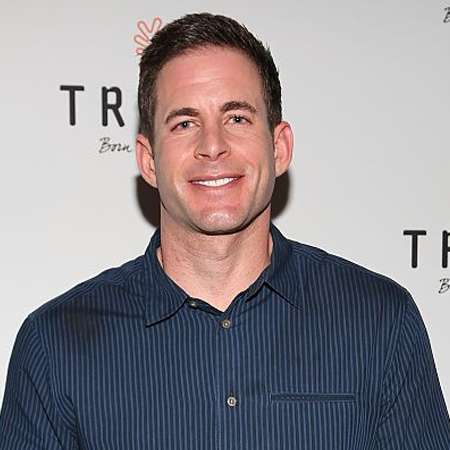 An American real estate investor and television personality, Tarek El Moussa is best known for co-hosting the HGTV series “ Flip or Flop” alongside with his former wife Christina El Moussa.

Tarek El Moussa married Christina El Moussa in 2009. They met during their college days and from that moment the two was inseparable. The couple welcomed their first child, a daughter, named Taylor in 2010.

Tarek El Moussa was born on 21st August 1981, in Long Beach, CA, the United States of America. He has a sister named, Angelique. He grew up in Buena Park, CA, and earned his real estate license at age 21. He met Christina while working in the real estate industry in their early twenties.

The couple was selling real estate in the Southern California area when the housing market plummeted after the October 2008 stock market crash; they went from living in a $6,000 per month home to a $700 per month apartment

Flip or Flop is a television series airing on HGTV, which was hosted by real estate agents and Tarek and Christina El Moussa. In 2011, Terek and his now ex-wife Christina recorded an audition tape of them flipping a house from start to finish in the year 2011.

The audition tape was sent to HGTV and the people from HGTV were interested in talking to the couple. In 2012, HGTV signed them a weekly program to demonstrate their work.  Besides, he is also the owner of Next Level Property Investments LLC from January 2008 until the present time.

Tarek El Moussa married Christina El Moussa in 2009. The former couple met during their college days and from that moment the two was inseparable. The couple welcomed their first child, a daughter, named Taylor in 2010.

However, they had to go through a lot of pain after the miscarriage when Christina was pregnant with the second child. However, Christina gave birth to her second son, Brayden James in 2015.

Tarek and Christina allegedly got into an epic fight in May 2016 that resulted in Tarek grabbing a gun and fleeing their home, with Christina breaking down in tears. After a few months later, he filed for divorce on 9th January 2017.

In December 2016, Tarek dated the family’s former nanny, 23-year-old Alyssa Logan. And it was reported that Tarek and Alyssa began dating back in September and attended a Florida Georgia Line concert back in October but have since broken up. The Flip or Flop star, who split from his wife and co-star just days after, he was spotted entering the restaurant with the with a mystery woman in Newport Beach, California over the weekend.

In February 2017, Christina was also spotted hanging out with her new boyfriend, Gary Anderson, who happened to be El Moussa’s then contractor.

In 2013, Terek was diagnosed with cancer after an eagle-eyed viewer spotted a lump on his neck while watching his show. Tarek El Moussa, co-host of the series Flip or Flop can thank Ryan Read for helping detect his thyroid cancer after the registered nurse noticed a large nodule on his thyroid while watching a Season One marathon.

He immediately contacted the producers explaining and said El Moussa needed to have it checked out. Moussa’s thyroid cancer is now in remission, but he was blindsided by the diagnosis after Read had emailed the show’s production company.