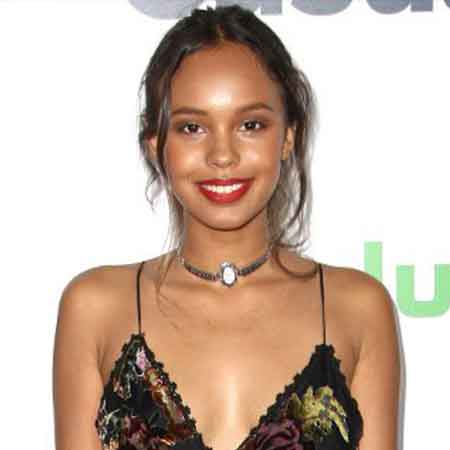 Alisha Boe is a Norwegian-American actress better known for her portrayal role as Jessica Davis in the Netflix drama series, 13 Reasons Why. Likewise, her other notable roles are as Daphne in Days of Our Lives, as Janet in Ray Donovan and as Violet in the movie 68 Kill.

Alisha Boe was born on 6th March 1997, in Oslo, Norway. She belongs to a Norwegian-American nationality. At the age of seven, Boe moved to Los Angeles along with her mother Vibeke Boe after her mother married an American man.

After quitting her school, Alisha Boe made her acting debut through 2008 movie Amusement portraying the role of Young Lisa Swan. Boe next starred in the movie Plastic Makes Perfect! as Brooke. In 2012, Boe played the role of Tara in the movie Paranormal Activity 4.

Boe made her television series debut through Trophy Wife in 2013 playing the role of Chelsea Trassen. Boe gained a wide recognization after she portrayed the role of Daphne in the series Days of Our Lives. Furthermore, Boe also appeared in the series Ray Donovan from 2015-2016.

In 2017, Boe starred in two movies including 68 Kill and Gates of Darkness. Similarly, she has further appeared in NCIS and Casual. Boe is further known for her portrayal role Grace Clarke in CSI: Cyber and as Gwen in Teen Wolf. Moreover, since 2017, Boe appears on the Netflix original series 13 Reasons Why as Jessica Davis along with Devin Druid, Dylan Minnette, and others.

Alisha Boe has won the hearts of numerous fans by her incredible acting skills and gorgeous looks. And her fans are eager to know whether she is already married or dating someone or still single. Well, the 21 years old actress Boe is not married yet.

However, Boe is in a relationship with Scott O’Brien. They have been dating since May 2016 and are still dating. But none of them have talked more about their relationships and further, they haven’t mentioned any plans of getting married. Moreover, there are no any rumors of their breakup too.

Alisha Boe earns a good sum of money from her acting career and has maintained a standard life. Till date, she has starred in numerous movies and television series. As of now, Boe has an estimated net worth of $1 million.