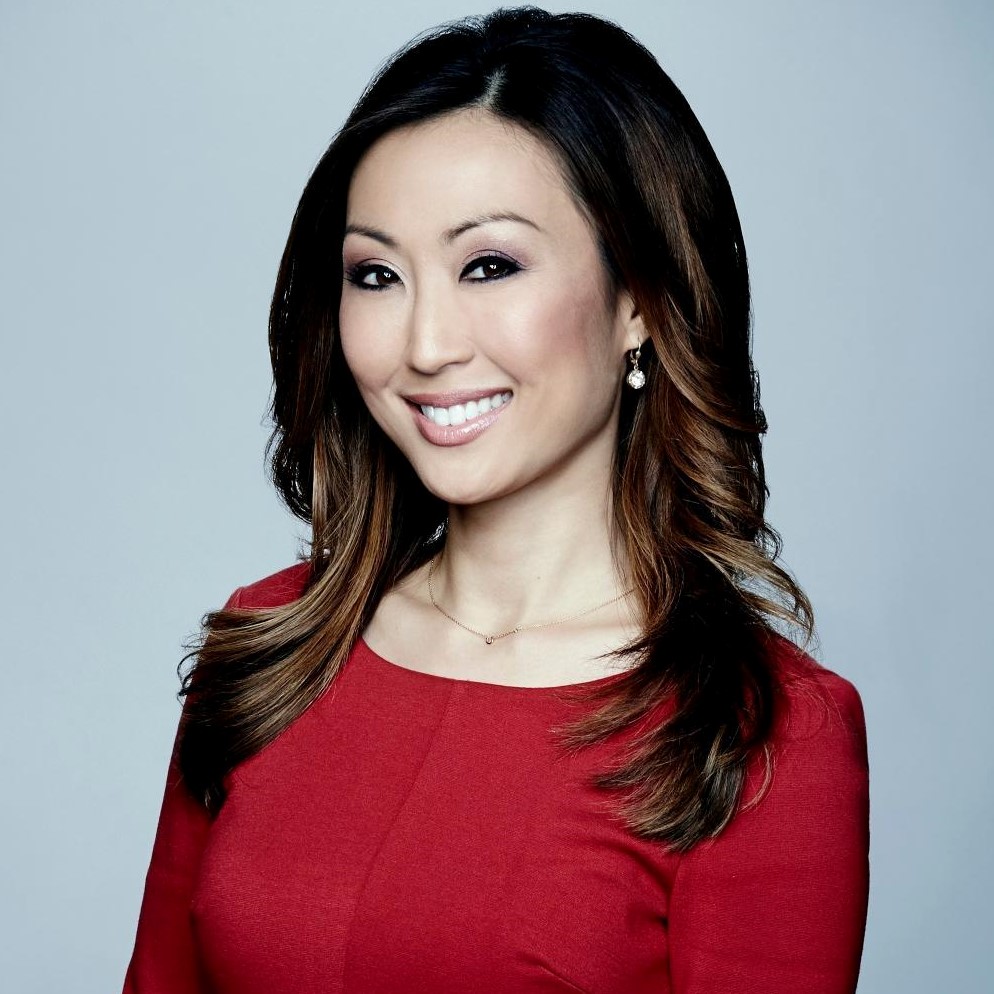 Amara Walker is an American journalist and television personality, well known for anchoring the ‘CNN Today’ along with Australian news broadcaster, Michael Holmes.

Amara Sohn-Walker was born on November 30, 1981, in Los Angeles, California, U.S. She holds a dual nationality of an American and Korean. Her descent can be drawn back to Korea.

After her graduation, she began her journalism career at KMIR 6 News TV, an NBC-affiliated TV station in Palm Springs, CA. After serving there around two years as an anchor and reporter, she left the KMIR and joined WTVJ in Miami, Florida in 2005, which is NBC owned station. She served there for seven years, as a weekend evening news anchor and general assignment reporter.

During her time there, she covered on significant national and international stories including the 2006 NBA championship, the 2012 Florida Republican primary, the 2010 governor’s race in Florida and the capture and killing of Osama bin Laden. In 2005, she covered from New Orleans and Mississippi as Hurricane Katrina was bearing down on the South. After the earthquake had stricken Haiti in January 2010, Walker traveled to the country to cover the devastation.

Walker worked as a weekend evening news anchor and general assignment reporter at WFLD in Chicago, where she covered on the 2012 U.S. presidential vote from President Barack Obama’s re-election campaign headquarters. 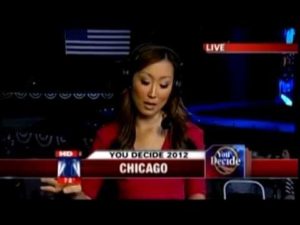 She also reported the Chicago teachers’ strike that shut down the public school system for eight days. Also, she contributed numerous reports on the violence plaguing the south side of Chicago.

Amara Walker joined CNN International based at the network’s global headquarters in Atlanta in December 2013. She is currently anchoring ‘CNN Today’ along with Michael Holmes. 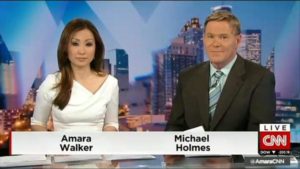 Since joining CNN, she has reported important international breaking news events. Most recently she anchored live report of the 2015 Israeli legislative votes and the re-election of Prime Minister, Benjamin Netanyahu, the death of Singapore’s founding father Lee Kuan Yew and the death of Saudi Arabia’s King Abdullah.

Walker also worked both CNN and CNN International’s breaking news coverage of the 2014 Ottawa shootings at the Canadian Parliament and the first hours of the Lindt Café terror siege in Sydney, Australia.

Walker has anchored the South Korea ferry disaster, the death of Ariel Sharon the historic double canonization of John XXIII and John Paul II, the search for missing Malaysia Airlines Flight 370 and the referendum in Crimea, which managed to Russia’s expansion of the ‘Ukrainian region.’ She has also covered live on the air as security forces stormed Kiev’s Independence Square, which ultimately pointed to the crisis in Ukraine.

Amara associated in a campaign to increase funds to fight against breast cancer under the flagship of “Dancing with Chicago Celebrities” (DWCC) in 2013 along with her dance partner, Drew Sutherland. She performed a rather extraordinary Cha Cha dance form – the money gathered from the performances has been provided to Chicago Metropolitan Area (Chicago land). 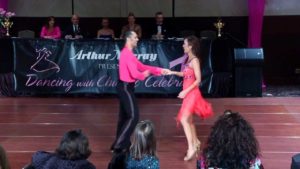 Amara got married to plastic surgeon Thomas Walker on 2012 in Salzburg, Austria. Amara and her husband Thomas released their private wedding website before their marriage in 2012. Their website, Our Wedding was created on The Bond, which promotes the creation of free wedding website for soon-to-be married couples. 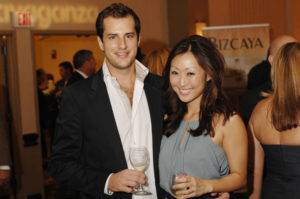 Besides that, Amara was the 7th place amongst top 17 CNN women news anchor in 2015 by List Acid. As of 2016, she was announced as the 12th most beautiful news women in American among top 20 by The Richest.Amara favors toast with peanut/almond butter with banana slices on top for her breakfast. She loves to add a cup of cappuccino along with her toast.

In 2013, Amara posted  a few pictures on Facebook, of a statue of herself made out of a 3D-print. She supported the 3-D print because she performed a show on the same on April 18, 2013.

The 5′ 7″ star has a huge fan following on social networking sites, where she has posted several posts. She surely earns an attractive salary from her career, and most of her income source hails from her journalism career. However, she has not discussed her estimated net worth on social sites.