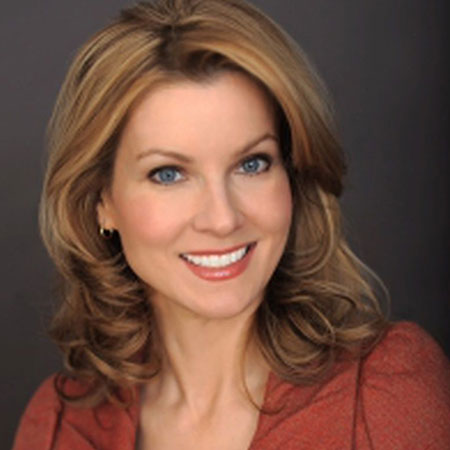 Leading a happy life with someone you love is such a wonderful sensation to feel. Everybody does not get a chance to live a life with their loved ones. But, the couple Jodi Applegate and Michael Kay, have now been married for almost 7 years now.

How is the married life of Jodi Applegate? What about their children? Both of them are far from any extramarital issues. But, are they faking it? Scroll more to find out about Jodi Applegate’s married life and other details with Michael Kay.

Jodi and Michael got married just 2 days before the Valentine’s Day of 2011. Their wedding ceremony was held at the Plaza Hotel and was performed by the former New York mayor, Rudolph Giuliani.

The couple was said to have met a couple of years before their marriage while attending a local Emmy Awards. They started dating ever since. The couple got engaged in the summer of 2010. The couple may have met in 2007 when Kay had a nomination in the local Emmy Awards for his work in the interview program ‘Centerstage’.

Looking at the overall picture, it is all clear that the journalists are happy and leading a very romantic life with each other.

Jodi and Michael’s ‘Mark of Love’

On the second year of Jodi and Michael’s marriage, the couple gave birth to a baby girl. On January 5, 2013, her daughter, Caledonia Rose Kay was born. And, on the 3rd year, November 12, 2014, Charles Applegate Kay saw the world.

Caledonia’s middle name was announced to be “Rose” because it was the name of Michael’s mother. On her birth, the anchorwoman told the reporters that she had decided to step back to enjoy the new role.

Talking about the previous affairs, Michael scores a perfect circle as he does not have any affair rumors or any other controversies related to his relationship status.

However, the same cannot be said about Jody. She was previously married to Rob Nikoleski. They were expecting a baby but after a month of the circulation of the news, she suffered a miscarriage. The ex-couple got divorced privately and the media still is not able to speculate why they had divorced.

By looking at the lives of the anchorwoman and host, it can be concluded that they are living a happy married life. With 2 children, the couple could not be happier than this.

Jodi Applegate was born on 2nd May 1964 in Wheeling, West Virginia, United States of America. She grew up in Moon Township, Pennsylvania in an Irish American Catholic family and completed her bachelors in television and film from the New York University after getting a transfer from the Temple University.