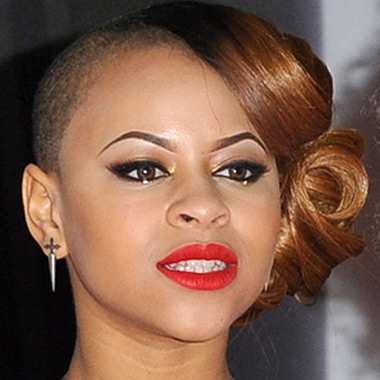 One of the four members of Britain’s hottest all girl band Neon Jungle, Amira McCarthy is one of the sensational faces of the music industry. Still a teenager, Amira has earned a huge fame as a pop singer in a short time. Apart from her music career, the hot diva has made herself renowned for her unique fashion sense.

Amira McCarthy was born on 2nd of February in 1996, in London, England. The girl, who has kept her personal life a secret, has only revealed that her half-Irish father is originally from Cork. Most of her family members have shifted to England while some of them are still in Cork. Yet, Amira has never been to Cork because she was once told that it was a boring place. However, Amira seems a lot interested in visiting Cork at least once in her lifetime, before all her family members are gone from there. Tight-lipped Amira has also not shared a thing about her love life.

Amira, before rising to fame, was an ordinary girl who studied at Westminster Academy. She was inclined towards artistic discipline and loved singing as well as dancing since her childhood. Although she is a great dancer too, Amira looked up to singing as something she wanted to make her career in after she participated in a singing competition in her school. McCarthy started working hard to realize her dream and as the result, she was approached by a talent scout at a shopping center in Westfield. The talent scout helped her to an audition through which she became selected as one of the four members of UK’s all girl band Neon Jungle. The band was formed in early 2013 by David Cooper of Eye of the Storm. The other members of the band were Jess Plummer, Shereen Cutkelvin, and Asami Zdrenke. Similar to Amira, Jess too was scouted while shopping in London while Shereen and Asami were discovered through the solo videos they uploaded to YouTube.

As a member of Neon Jungle, Amira’s first single was released in August 2013. The debut which was entitled as Trouble succeeded to make its place at #9 in US Dance/Electronic Chart. Their second single Braveheart was released in January 2014. Braveheart is the band’s most successful song which was placed at #2 in Scottish Singles and Albums Chart and #4 in UK Singles Chart. In 2014, the band also released their debut and the only album entitled Welcome to the Jungle. Louder, Can’t Stop the Love and Welcome to the Jungle are some singles of the album. Apart from releasing singles and albums, the band has performed at various music festivals in the UK. They have also performed in conjunction with Taylor Swift in the USA during the annual Victoria’s Secret Fashion Show. In addition, the style queens have also been signed by Storm Model Management. In May 2015, RCA Records terminated the contract with the group, few months before the band officially disbanded.

Amira’s amazing talent has attracted so many fans that her social media sites are loaded with followers. Particularly, her Twitter page has 31.8K followers and her Instagram page has over 40.8K followers.