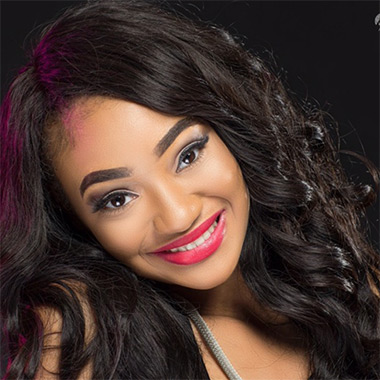 Commonly referred to as “Cool Flame”, Sunjai Williams is one of the most renowned television stars and dancer of the present days. Bold and talented, Sunjai has amassed a huge fan base at such a young age, making her one of the most popular and admired dancers of the USA.

Sunjai was born on February 9, 1997. She was born in Jackson, Mississippi, as the daughter of Selena Johnson and JJ Williams. Her mother, who is also a dancer, has influenced her a lot while her father who is an experienced entrepreneur, claims himself to be one of the greatest fans of her daughter. Sunjai is the eldest of three daughters born to her parents. She has identical twin sisters named Shamia “Sky” Jai Williams and Shania “Star” Jai Williams. Her sisters are two years junior to her. Talking about her private life, Sunjai has never been reported talking about her boyfriend or partner. Also, she has never been encountered with any of her significant someones. Thus, it won’t be wrong to say that the ambitious Sunjai is focused on her career at the moment.

Cited as one of the most fabulous young dancers, Sunjai has been involved in the field since a very young age. As her mother is a dancer, the family environment she grew up in motivated and supported her a lot to pursue her career in dancing. Sunjai was around 5 years old when she first started dancing. She was so dedicated and passionate about dancing that she secured herself a place as a member of popular dance factory, Jackson Stepperettes, making her the youngest of the team. She left the group after her coach retired and joined the Dancing Dolls at 12.  Her mother, Selena, is also a member of the Dancing Dolls and is widely known for her excellence in tap dancing and lyrical dancing. Recently, it has been in the news that her twin sisters will be featuring the dance company too in near future.

Sunjai, along with her mother, rose to fame in 2014 after being featured as major cast members of popular American dance reality television show Bring It! A production of Lifetime television network, Bring It! was created by Colleen Conway Grogan, Craig Piligian, Derek W. Wan, Eli Lehrer and Mary Donahue, the show has successfully aired two seasons with a total of 47 episodes, till date. The show’s season 1 premiered on 5 March and ended on 1 October of 2014 while the season 2 premiered on 23 January and ended on 2 October 2015.

Apart from dancing, Sunjai enjoys shopping, singing and hanging out with friends. Her educational background has not been revealed. But, the dancer plans to go to college and aims to become a pediatrician. As per the report, she is joining her college this year.

Sunjai is an exemplary dancer who is looked up to be many young people. She is just 18, and her social media sites are heavily weighted with her fans and followers. Her Instagram has 574K followers, Twitter has 73.3K followers and Facebook has 39K followers.