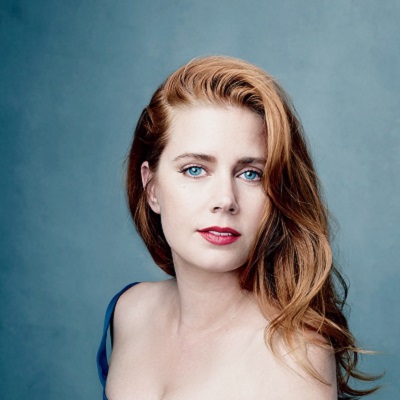 Amy Adams is an American actress as well as a singer. She is famous for her movies like Enchanted, Arriva, Batman V Superman, etc. During her school days, she used to sing songs and perform a dance. In 2014, the Time Magazine named her as one of 100 most influential people as well as the highest paid actress.

Throughout her whole career, she has won two Golden Globe Awards. Besides this, she was nominated for the Academy Awards for five times and British Academy Film Awards for six times.

Amy Adams was born on 20th August 1974, in Vicenza, Italy. She is the fourth child of Richard Adams and Kathryn Adams among seven children. Similarly, she has two sisters and four brothers. Her father was an army as well as an actor.

Later after her father’s retirement, her father started to sing in the restaurants, and her mother became a semi-professional bodybuilder. Her brother Eddie Adams works for the tabloid show TMZ. Although she was born in Aviano, Italy, she spent most of her childhood at Vicenza, Italy.

She attended Douglas County High School where she learned singing and dancing. When she was 11 years old, her parents got divorced. So Adams moved along with her mother to Atlanta. After her school level, she decided not to continue her further education.

In the starting, Amy worked as a greeter at The Gap as well as a Hooters hostess. And later she started working as a dancer in the Boulder’s Dinner Theatre and Country Dinner Playhouse. Moreover, she also worked at the Heritage Square Music Hall.

While working there, the Minneapolis dinner-theater director requested her to work in the regional dinner theater at Chanhassen, Minnesota. There she used to work for three years.

In 1999 she got a chance to take part in the audition of Drop Dead Gorgeous which is her first movie. After that, she acted in the series of Fox Network called Cruel Intentions, but the series got canceled because of some problem within the network.

Well, in 2000 she started to appear on the small movie series like Psycho Beach Party until 2003. Moreover, she also worked as a guest-star in That ’70s Show, Charmed, Buffy the Vampire Slayer, etc. In 2003, she acted in the movie named The Last Run as well as worked as a voicing character in the animated film called King of the Hill.

From the starting of 2005, she acted in the movie called The Office until 2006. However, she also acted in the low-budget independent film Junebug. Well, because of her excellent performance, she won the Special Jury Prize at the following year’s Sundance Film Festival.

Well, the People magazine listed her in the world’s most beautiful people. Till then she is continuously working as an actress and has acted in different famous movies. She has also acted in the science fiction movie like Arrival(2016). Moreover, she also acted in films like Batman v Superman: Dawn of Justice (2016) and Nocturnal Animals (2016).

One of the versatile actresses, Amy Adams, is already married. She is married to Darren Le Gallo who is known for his work in Date Night as well as The Big Bang Theory. This couple met each other in 2001 during her acting class, and after that, they started dating. Well on 24th July 2008, they got engaged with each other.

They welcomed their daughter Aviana Olea Le Gallo on 15th May 2010, at the age of 35. However, they tied their knot in 2015. Adams belongs to American nationality. Well, her new Justice League is going to be released.

Professional American actress, Amy Adams has spent many years in the field of acting. She is one of the talented and famous Hollywood stars. Adams is one of the highest paid actresses according to Forbes.

According to the recent record, her current payment is $13.5 million. However, her current estimated net worth is $60 million. She is even active on the social media sites like Instagram with 53.8k followers and Twitter with 54 followers.