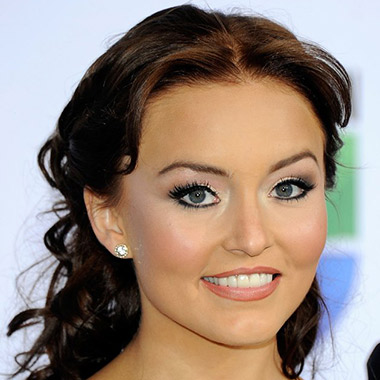 Angelique Boyer is a French born Mexican actress. She started her career appearing in the telenovelas Rebelde, Muchachitas como tu and Corazon Salvaje. She got her first chief character in a remake of 1959 telenovela, Teresa. In Teresa she played the character Teresa Chavez Aguirre. The character is about a young woman who uses her beauty and ambition to escape from her bankrupt life in a poor Mexico City neighborhood. She was given widespread critical acclaim from critics and audiences because of her acting skills. She was awarded with Best Actress of the Year at the Premios TVyNovelas for her work in Teresa in 2011. She was also included in Los 50 mas bellos list of People en Espanol. She got her second chief character in Abismo de Pasion.

Angeliquer was born on July 4, 1988 in Saint-Claude, Jura, France. Her mother name is Sylvie Rousseau. She became the member of the musical group “Rabanitos Verdes” at a very young age. Her musical group is called as “Little Green Radishes” in English. She attended the Centro de Education Artistica when she was eight years old and at the age of 12 she graduated from there. On June 17 2014 her mother died. Her mother was only 49 years old.

While she was filming Rebelde, she formed the band Citricus or C3Q’S with her other co-stars who played the character Celina by Estefania Villareal and Jose Lujan by Zoraida Gomez. They together recorded their first song titled as “No Me Importa” which is English called as “I don’t care”. The song was played aired during a special concert show though it was only a single. The song was also used as soundtrack during the rest of the show when characters acted unmanageable. Many of the fans liked the song but was darken by the main cast RBD’s two albums. She then auditioned for Bailando por la Boda de mis Suenos which means (Dancing for my Dream Wedding). She also have been featured in the Mexican edition of Maxim as well as in H Para Hombres. She then began to appear in television series Muchachitas como tu in 2007. She then was casted as a violent killer in television series Mujeres Asesinas 2 in 2009. She then participated in a theatre role, Ausencia de dios. She there worked once again with Raquel Olmedo and Jacqueline Andere. She then starred with David Zepeda in Abismo de Pasion in 2012. She there played the character of a young and innocent woman called elisa Castanon. It was confirmed on June 26 2013 that she will star in Lo Que La Vida Me Robo along with Luis Roberto Guzman and Sebastian Rulli

From 2011 to 2014 she dated Mexican Telenovela producer “El Guero” Jose Alberto Castro. They confirmed that they were no longer in relationship.