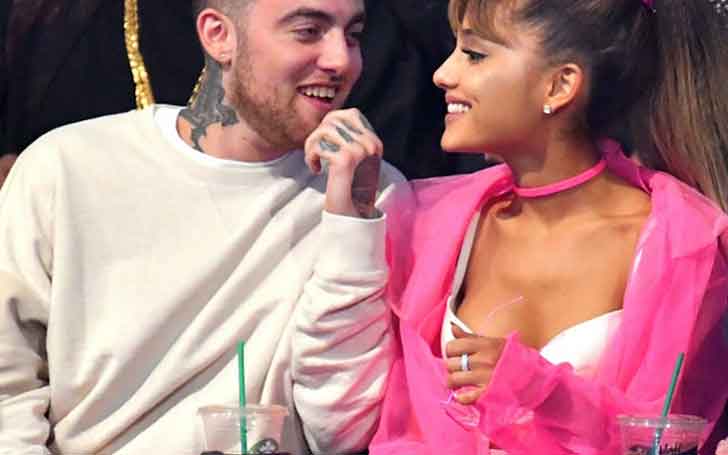 Breakups can be messy but if you have an ample amount of respect for each other, it can help in a cleaner break. Well, so has been true for this Hollywood couple who has been making rounds for their separation. We are talking about Ariana Grande and her boyfriend, Mac Miller. Yes, the two talented musicians have called it to quit. But what is the reason, let’s find out.

This news comes just after Ariana’s comeback to the music industry with her single No Tears Left To Cry from her fourth studio album, Sweetener. The two were dating for two years and the news of separation comes as a surprise to the fans. Today, we will be exploring their relationship, break up, affair, relationship, and more, so stay tuned.

According to TMZ, the Problem singer has broken up with her long-time boyfriend, Mac Miller. Apparently, the reason behind their separation is their busy schedule. At the moment, Ariana is busy with the promotion of her new album which is set to drop in July this year whereas Mac seems to be working on new music. Their hectic work schedules seem to have strained the relationship.

The two reportedly broke off their relationship quietly. Nevertheless, they remain the closest of friends. The source revealed that they both still love each other dearly but only as close friends. Miller had recently gushed on his Twitter account supporting Ariana’s comeback. He wrote, ” very proud of this girl right here Welcome back.” So, their separation caught many of their fans off guard.

The Dangerous Woman singer recently attended the Met Gala solo and now we know the reason why. Ariana looked beautiful in her enchanting Vera Wang gown inspired by the Sistine Chapel.

The pair were last spotted together in March at Madonna’s private Oscars afterparty. They recently went to Coachella together as well. The representatives from both sides are still to comment on the news.

Ariana and Mac knew each other since they were 19. The two have collaborated together in past. The Way duet singer marked their first collaboration together back in 2013. However, the two did not start dating until 2016. They made their relationship public back in September 2016.

Ariana mentioned in last years’ April issue of Cosmopolitan that she loved and adored Mac since she first met him and Mac felt the same. Despite the mutual feelings, Ariana felt that they were not ready to date and the timing was not right then. Well, the two made a beautiful couple while it lasted.

They both were very supportive of each other’s career. Mac was there to comfort his girlfriend when the bombings took place at her concert in Manchester. He even performed in the 2017 One Love Manchester Benefit Concert. The two expressed their love openly and shared many memorable moments.

[ CAPTION: Ariana Grande and Mac Miller at the One Love Manchester ][ SOURCE: Metro ]

Well, it is sad that Ariana and Mac have now broken up. However, the two are yet to speak out about the separation.