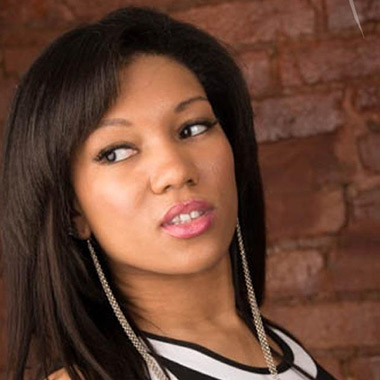 Ashley Webster is one of the most seen faces on television. He is a journalist from the UK who is best recognized for appearing in the television network Fox Business Network.

Ashley seems to be very secretive in nature as he has not shared even the smallest bit of his personal life. Although he is known to have born in Brighton, United Kingdom, his date of birth is still unknown, thus, making his age a mystery to us. Also, he has not shared any information about his love life. No news has been ever reported in the media regarding his girlfriend, wife, or children.

Born in the UK, Ashley was raised in Los Angeles and is a graduate of California State University, located in Northridge. He earned his bachelor’s degree in Broadcast Journalism from the university. Following his graduation, he began his professional career as a news reporter. Ashley first started to work as a journalist in the early 90s. During that time, he served the NBC affiliated television station KTVH-TV, located in Helena, Montana. He worked as a news director there, following which he joined another NBC affiliated station WGBA-TV located in Green Bay, Wisconsin. He was the station’s first anchor and interim news director. He also served as the general assignment reporter there. Ashley worked for three years at WGBA-TV and resigned in July 1997. While he worked for WGBA-TV, he also worked at television station KSWT-TV which is located in Yuma, Arizona. It is a CBS affiliated network and he served as an anchor there. As soon as Ashley left the WGBA-TV, he joined the Fox Network affiliated WZTV in Nashville. He was posted as a managing editor, general assignment reporter, station personality, and community liaison, and was the main anchor of a nightly show. His journey at WZTV had been almost 10 years long when he left in August 2007. Leaving the network, Ashley returned to his home country and joined the business news channel Fox Business Network. He joined the network as an overseas markets editor but, he has worked at various posts. He was the chief at London Bureau from September 2007 to April 2010. He created the European operation for the Fox channel through which he provided live reporting daily. Besides, he has covered extensive foreign reporting from across Europe, and the Middle East, and North Africa. Some of his covers include thorough coverage of the debt crisis of Europe and the Egyptian revolution. Also, he worked as a correspondent for various Fox-affiliated television stations and provided live business updates across the USA. In addition, Ashley has served as an anchor at the network’s website Foxbusiness.com and was recruited at Fox News Radio, whereby he provided daily updates in the business field. In April 2010, Ashley transferred from London based Fox Business Network to a New York-based station. Since then he has been working as an anchor and a correspondent there. He has covered several breaking stories, live reported big national stories, and is currently serving as an anchor of a day-time business program called Markets Now.

Apart from working as a journalist, Ashley has got 6 years of experience of working in banking sectors. Bank of Montreal and Lloyds Bank are some of the banks that he has worked in.