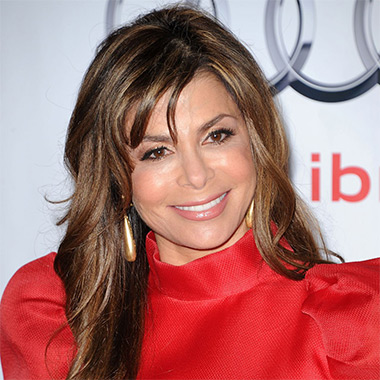 Paula Abdul was born on 19 June 1962 in California. She is a great dancer. She was a cheerleader for the Los Angeles Lakers when she was 18 years old. Paula is also a singer, songwriter, actress, choreographer and television personality. She has dual citizenship of the United States and Canada. She began her career as a dancer.

Paula Julie Abdul is the daughter of Harry Abdul and Lorraine Abdul. Her father Harry is an owner of sand and gravel business while her mother Lorraine is a pianist. Paula spent her childhood in San Fernando Valley. She has an elder sister named Wendy. Wendy is seven years senior to her. Paula showed interest in dance at an early age. She took dancing classes at the age of 8. Paula was great in dance as well as she was very good in her studies. She went to Van Nuys High School for her study. She was a cheerleader and an honor student. She received a scholarship at the age of 15 to a dance camp near Palm Springs. Paula majored in communications from California State University in Northridge.

Dancing was her biggest passion and while she was in freshman year in CSU she got selected to become a Los Angeles Lakers cheerleader. She was selected among 700 women. After three months of being a Laker Girl, she was selected for the group’s head choreographer. After that, her career as a choreographer started. She has choreographed for many stars such as Duran Duran, George Michael, and Janet Jackson. She got an Emmy Award for the best choreography for Janet Jackson’s hit song’s video “Control”.

Paula was also great in singing. She loved singing, so in 1987 she used her savings to make a singing demo. She started to take vocal coaching. In 1988, she released her first album “Forever Your Girl”. The album spent 10 weeks No.1 position in Billboard 200. That album became multi-platinum in 1989. Her four songs from her album made to No.1. “Straight Up”, “Cold Hearted”, “Forever Your Girl”, “Opposites Attract” were those four songs. She even won Grammy award for the Best Music Video of the song “Opposites Attract”. She released another album in 1991 called “Spellbound”. It also became a huge hit and sold 7 million copies worldwide. She was in the top in the music industry. “Rush Rush” her first single from the album topped the Billboard Hot 100 chart for five weeks. She continued on giving hit songs one after another. In 2002, Abdul was one of the three judges on the biggest singing competition “American Idol”. She judges the competition alongside Randy Jackson and Simon Cowell. She ran many dance and cheerleading camps across the whole country.

Being a celebrity, Abdul has many fans and followers. She has many well-wishers too. She is one of the beautiful celebs we all know. She has maintained her figure very well despite her age and her busy schedule. Paula is 53 years old. Her height is 1.52m (5 feet), weight is 54 kg, hair color is dark brown, bra size is 34B and her body measurement is 34-23-36. She has a body to die for. Her net worth is known to be $30 million.