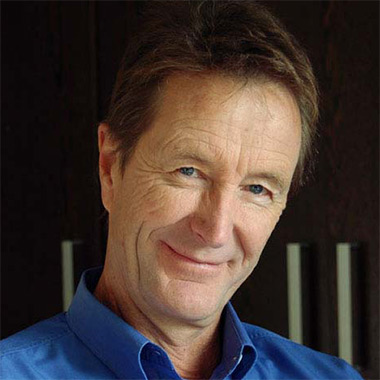 Paul Barry is an award-winning Australian based journalist. He was born in the year 1952. Paul began his journalism career by working for Investors Chronicle in London as an economics correspondent. He then joined the BBC in 1978. He worked as a reporter for BBC’s Panorama, Newsnight and The Money Programme. In 1986, he moved to Australia and started working with Australian Broadcasting Corporation.

In 1987, Barry worked for the ABC’s current affairs program, Four Corners as an investigative reporter. The program discusses the economic matters, corporate governance, and government departmental failures. In 1993, he reported on dishonored businessman Alan Bond and his company Bond Corporation which made him game his fame nationwide. Paul is also the author of the book, “The Rise and Fall of Alan Bond”. He also reported on the Wittenoom industrial disaster, “Blue Death”.

He then joined the Seven Network in 1995. While working for the network he presented a short-lived news program The Times. In 1997, he became the presenter of the current affairs program Witness. In 2000, he decided to return to the ABC. He was offered a position to host the Media Watch program. Unfortunately, ABC’s head Jonathan Shier effectively replace him from the show. He was replaced because of a controversial interview with Director Donald McDonald on the subject of government funding for ABC. In August 2010, when Jonathan Holmes took long service leave, Paul Acted as Media Watch’s temporary host for three months.

Barry is also an author of book “Going for Broke-How Alan Bond Got Away with It”. The book was published in 2001. He was awarded Walkley Award for exposing a tax scam involving prominent barristers in Sydney. Barry was also a Walkley Award judge and also was a Walkley advisory board. He also wrote a book titled “Rich Kids”. In 2004, he moved to Channel 9 and worked for 60 Minutes as an investigative reporter. In February 2011, Alan Bond published a denial of an article written by Paul in December 2010 about Paul’s investment in Global Diamond Resources Plc.

Barry released a biography on Australian cricketer Shane Warne, Spun Out in 2006. Pieces of the book were published in The Age’s Good Weekend magazine, and some of the content led to controversies. During October 2009, he became the subject of criticism from Australian business identities for his 2009 unauthorized biography of media and gambling magnate James Packer. The book describes the relation between the younger Packer and his father Kerry. Later Paul dismissed the censure by calling the book as “considered” and “fair”. In August 2011, he started working at Private Media’s The Power Index as a senior writer.

In 1993, Paul Barry won the Logie Award for Best Public Affairs Report. In the same year, he was awarded the Walkley Award for Best Business report. He won the same award in 2001. In 2011, he won Blake Dawson Business Literature Prize. As of 2016, Paul Barry’s net worth is $32 million dollars.