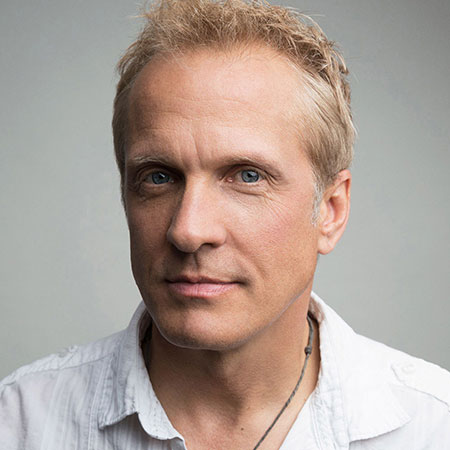 Patrick Fabian was born on December 7, 1964, in Pittsburgh, Pennsylvania. He is an American actor. He has acted in many films, television series and stage. He is well known for his guest appearances in the television series.

Fabian was brought up in central Pennsylvania. He was sent to Cedar Cliff High School and later he joined Penn State University for completing his Bachelor in Fine Arts in Performance. Fabian went to California and achieved his Master’s Degree from Calfornia State University, Long Beach.

Fabian got an opportunity to do a shampoo commercial and from there he started his career. He started his theater works in New York. He did many theater shows like The Food Chain, Humpty dumpty, Diva, Six Degrees of Separation and also showed his talent at LA’s Shakespeare Festival. After that, he got to work in television series and movies. Fabian has guest-starred in much popular television series such as Scandal, Hot in Cleveland, CSI/CSI:Miami/CSI:NY, NCIS, Friends, The Mentalist, Desperate Housewives, Reba, Private Practice  etc.

He did a lead role in a low-budget film “The Last Exorcism”. That movie was made in 1.3 million dollars. The movie crossed over 70 million worldwide. It was a huge success for Fabian and the movie crew. He was loved for his act in that movie and gained many fan followers after that. In 2010, Sitges Catalonian International Film Festival, Fabian was awarded for the Best Actor. His other films are Pig, Must love Dogs, My greatest Teacher, Jimmy, Bad Ass, The Good Mother. Fabian recently played in the movie named Cloud 9. He played as Dove Cameron’s father. The movie was made by The Disney Channel Movie. Badasses, Underdogs, and Brain freeze are his upcoming movies. He acted as Howard Hamlin in Better call saul.

Fabian is a married man. He is married with the love of his life Mandy Fabian. Mandy is also a popular personality. She is a writer/director and also a comedian. They got married in 2009. She wrote and directed the hit movie Killing Vivian. They are parents of two beautiful daughters. Their elder daughter’s name is Abbey Ray Fabian and Delilah Grace fabian is younger daughter’s name. They are living a very happy life together. Being a celebrity he has maintained quite a privacy about his personal life. Till now there is no any controversy regarding Patrick or his wife.

Fabian has his social accounts and is very much active in it. He has his Facebook, Twitter, and Instagram accounts. He keeps on updating his activities and photos in his social accounts. Fabian has got many fans and followers. Fans get the opportunity to know about his personal life and his activities through it. Many people want to know about his life, so many of the sites have written about his biography. He is not just popular.