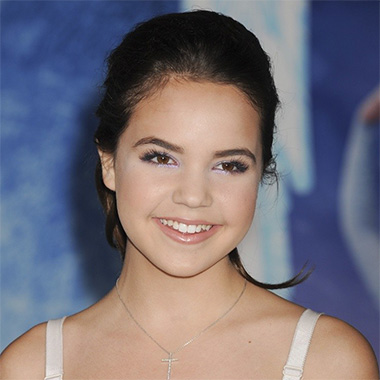 Bailee Madison is an American teen actress. Her birth was on 15th October 1999. She is only 15 years old. She was born in Florida, USA. She has done a number of films in a very short period of time. She is known for her role in Just Go with it a horror film Don’t Be Afraid of the Dark, Bridge Terabithia, and Parental Guidance.

She is a seventh child of her parents. Her nicknames are Bailes, Bay Bay, and Bail. She has two sisters and four brothers. Her mother Patricia Riley is an actress as well as a producer. Her mother had started her career when Bailee was just two weeks old. Her older sisters whose name is Kaitlin Riley is also an actress.

Bailee had started her career since 2006. She had made her debut in the film named Lonely Heart. The film was about a girl who was thrown into the midst of the world of crime. She also had worked in a movie of Disney which name is Bridge to Terabithia. It is a children’s book based film. She has also appeared in a film named Look as a character of Megan. In the film, she played a role of a girl to whom a kidnapper continuously watch and follow. In film Terminator: The Sarah Connor Chronicles she had only a small role. She had worked in The Last Day of Summer a film of Nickelodeon. She had also worked in Merry Christmas Drake and Josh another Nickelodeon’s television Christmas special. In 2009 she also appears in a film Brothers in a supporting role. Because of her great work in the film she had also been nominated for both BFCA Critic’s Choice Awards and Saturn Award.

Later on, in 2010 she acted in the film Letters to God. She had acted as the younger role of Betty Anne Water in the film Conviction. She is seen in a popular show Law & Order: Special Victims Unit. She can also be seen in three episodes of a horror show for children named R.L. Stine’s The Haunting Hour. She had a recurring role in the series Wizards Of Waverly Place an original series of Disney Channel in 2011. She has also worked in other films like  An Invisible sign, Just Go with it, and Don’t afraid of the Dark in the same year. In 2012 she had worked in a film A Taste of Romance, a Hallmark film. In the same year, she had a guest role in Once Upon a Time as a younger version of the character Snow White. She had also played two more films in the same year including, Parental Guidance and Cowgirls n’ Angles. The next year in 2013 she started to work on a television sitcom named Trophy Wife. She played in a television drama named The Fosters and a Hallmark series named Good Witch in 2014 and 2015 respectively

When Bailee is not working she likes to spend time at home with her family and friends. She also likes swimming, playing on her swing set and also barbecuing. She has a dog named Maddy and she loves her dog very much and it is always by her side. There is no chance of her marrying as she is so small. But in 2013 it was rumored that she was having an affair with Zachary Gordon. He is also an American teen television as well as a film actor. Besides that, she has no other affairs or rumors. She is also actively participating in several charity works. She has supported Stralight Children’s foundation in 2009. It is a nonprofit institution. She is also very active on social media sites like Instagram, twitter, facebook etc. Her fans can follow her there too.