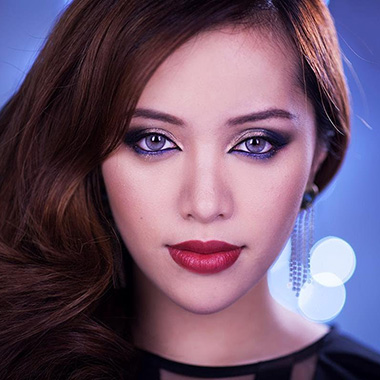 Michelle Phan is a beautiful and gorgeous American make-up demonstrator and entrepreneur. She became notable as a YouTube personality. She has got more than 7.6 million subscribers and did 350 uploaded videos. She has got 1.1 billion lifetime views.

Michele was born in Boston, Massachusetts and moved to Tampa, Florida with her family. She studied at Tampa bay Technical High School. She also studied at Ringling College of Art and Design but unfortunately did not graduate from there. She was honored doctorate from Ringling in March 2014.

She made her own personal blog in 2005. She there discussed different makeup tutorials. She was also requested for further instructions on her blog. She under the username Ricebunny posted tutorial vlogs on Xanga. In May 2007 she began publishing on YouTube. According to her, she patterned her production style on Bob Ross. Her video of How To Get Lady Gaga’s Eyes makeup tutorials in 2009 and 2010 was featured by Buzzfeed. It helped them to go viral and helped her to gain over a million subscribers. She also launched FAWN in 2012. FAWN is a YouTube MCN multi-channel network. She also became a YouTube advertising partner. She along with Lancôme made their official video makeup artist in 2010 after featuring some of their products in her videos. She also co-founded MyGlam in 2011. MyGlam is a monthly beauty product subscription service which renamed as Ipsy. Ipsy was launched in September 2012. L’Oréal launched a new cosmetic line made by Michelle Phan called “em” on August 15, 2013.

In May 2014 it was announced that she would be a partner with Endemol Beyond USA. They together were partnered to build a talent network featuring people from YouTube and also create content for millennials. On April 1, 2015, The Icon network was launched. She partnered with Cutting Edge Group in September 2014. They together launched Shift Music Group. In October 2014 she along with Random House launched a book called “Make Up: Your Life Guide to Beauty, Style, and Success—Online and Off.” Her YouTube Channel ranked 48th on the list of New Media Rockstars Top 100 Channels in 2014.

Reportedly, Michelle Phan was sued by Ultra Records in July 2014.

Her official site is http://michellephan.com/. She shares her beauty tips, fashion sense, and art etc. in her sites. She has got a large number of fans who loves her makeup skills. Her YouTube channel link is https://www.youtube.com/user/MichellePhan. Her official Twitter account link ishttps://twitter.com/michellephan. She has got 658k followers and she is following 791 people. Her Twitter account is verified. Her google account links ishttps://plus.google.com/+MichellePhan. Her official Instagram account link is https://instagram.com/michellephan. She has got 1.8m followers and she is following 665 people. Her Instagram account is verified. Her official Facebook page link is https://www.facebook.com/MichellePhanOfficial. Her Facebook page is liked by 2.9m people. Her Facebook page is verified. She is very beautiful and gorgeous. Her height is 5 feet and I inch. She weighs 49 kg. She has brown eyes and blonde hair. Her body measurement is 34-24-35 inches. She follows Christian religion. Her zodiac sign is Aries. She also has a rabbit as a pet.