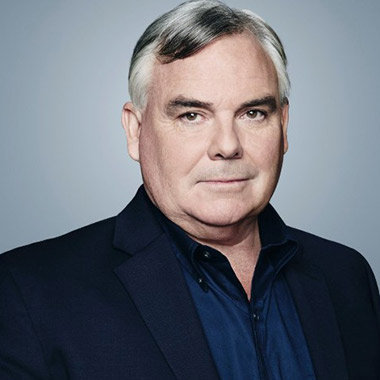 Benjamin C. Wedeman is an American-born journalist and war correspondent. HE has been serving CNN since 1994 as a correspondent and is considered as one of the highly experienced journalists of CNN. Currently, he has been holding the position of CNN’s lead correspondent in Jerusalem from 2009. While working in CNN he won multiple Emmy Awards and was also the recipient of Edward Murrow Awards. Born on September 1, 1960, Ben Wedeman has served CNN from various countries as a reporter.

Moving to his early life and family life, Ben Wedeman  was born to father Miles G. Wedeman who was a diplomat and civil servant from Pennsylvania and also a devout Quaker. Born in Washington D.C, United States, during his childhood, he traveled various countries along with his father. He father served in the South Korea in 1968 so Ben moved to South Korea. Later the family moved to Thailand. During the Cambodian Civil War, Ben’s father was placed in Cambodia and he also worked for USAID in Ivory Coast and Syria. Ben completed his high school education from local boarding school in Beirut, Lebanon. He earned his bachelor degree in Oriental Languages and Linguistics from the University of Texas at Austin. He attended University of London’s School of Oriental and African Studies and earned master’s degree in Middle Eastern Studies.

Talking about his professional career, Ben Wedeman  started his career from CNN in 1994, when CNN originally hired him as a local Jordanian employee and he worked as a fixer, producer and sound technician. Being fluent in  multiple dialects of Arabic, he used to help reporting staff to get through checkpoints while reporting. He worked in Cairo, Egypt as the CNN’s bureau chief in between 1998 and 2006 and covered the story of a protest against president Hosni Mubarak as well other conflicts in the Middle East. IN 2009 , he was appointed as CNN’s bureau chief.

He has kept himself in a various risky situation while reporting. In 2000, during the clash between Palestinians and Israelis, he was shot in the back. After September 11 attacks he was the first journalist to reach Iraq even before Iraq war started. He was granted access to conduct an interview with Uday Hussein and became an only western journalist to be allowed to meet Uday Hussein. He has also covered the 2011 civil war in Libya that put an end to the Muammar Gaddafi rules. Besides, in the Middle East, he also had been to war zones in Africa, the Balkans, and Afghanistan.

The hard working and dedicated journalist have kept his personal life private. Though he is currently married, Ben Wedeman  has not revealed much information about his wife and family life. He currently has three children and his sister Sara is a psychologist whereas his brother Andrew is a political science professor. To get more updates on him, he can follow on twitter.

Recognizing his contribution in reporting various stories and event, he has been awarded numerous awards such as RTNDA Edward R. Murrow Award, Emmy Award and Outstanding Contribution to Broadcasting Award.