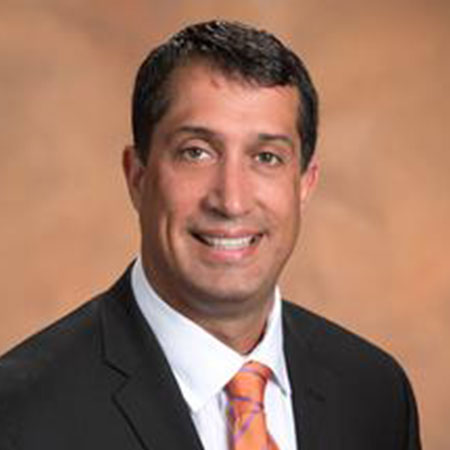 Brett Dulaney, a prominent ESPN name in Flordia’s sports marketing, has been associated with ESPN as the first executive director of the St. Petersburg Bowl since its establishment in 2008.

Born and raised in West Virginia, Dulaney completed his high school education at Parkersburg High School. During his high school days, he was involved in various sports clubs such as basketball, baseball, soccer, and golf.

In 1991, he joined Mississippi State University and graduated with a Bachelor’s of Business Administration (Marketing specialization) in 1995. He was active in Delta Chi Fraternity during his university days.

In July 2004, he joined ESPN as an Account Executive of University Projects Division- USF. He worked in the position for almost three years starting from July 2004 to April 2007. In May 2007, he joined ISP Sports and became General Manager of the network. During his tenure at ISP, he was responsible for all component of the business including sponsorships sales, athletic department liaison, accounting, personnel, collections, and reporting. After working for one and a half year at the position, he joined ESPN in December 2008 as the  Executive Director of St Petersburg Bowl.

With his extensive knowledge in marketing, he has been able to hold the prestigious position at ESPN for years.

He is currently responsible for managing the day-to-day operations for the South Florida Bowl. Similarly, he is also the key person to handle the sponsorship sales for ESPN events in the Florida market.

Likewise, Brett Dulaney played an instrumental role in organizing a competition between two teams, UCF and NC State, to assemble more than 2,000 food packs. On the event held on December 23, 2014, winner was declared comparing the number of packs each team made. Later, packed meals were delivered to the people most in need.

“We feel very fortunate to be able to host such a great event that helps our community,”