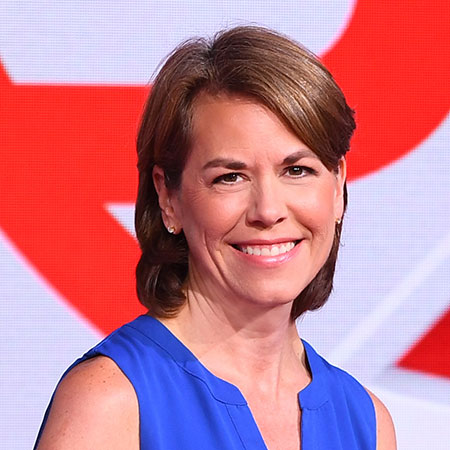 At ESPN,  Jill Fredrickson  is respected  as an asset for its journalistic decision making, editorial communication, and logistics, thanks to her fruitful producing  career

Born and raised in Indianapolis, United States, she completed her high school education from Thomas Carr Howe High School. In 1988, she joined DePauw University and earned her Bachelor’s Degree in Philosophy, Broadcast Journalism. During her university days, she was active in Pi Beta Phi and other various societies.

From January 1998, she began to fill in as a freelance sports television producer at ESPN. Then, she produced various live events for ESPN and some other networks as well. She gradually specialized in motorsports and produced venues for X Games and Great Outdoor game.

After working for six years as a freelance producer, she landed a lucrative stint at ESPN in December 2003  as a coordinating producer. Working on the position, she looked after various sports events such as the Bassmaster Classic and X Games under ESPN’s IndyCar Productions. Once ESPN reclaimed NASCAR rights, she started to focus on motorsports such as NASCAR and IndyCar. She was then responsible for putting together production staff, skills, budget, and production philosophy so as to make the ESPN’s race productions of the highest quality possible.

Obligations at ESPN And Personal Life

Jill Frederickson  has been serving as the vice president of  SportsCenter, and News Editorial Operations at ESPN since March 2016. Before landing her current position, she was a senior coordinating producer at ESPN.

She started her professional career at ESPN as a coordinating producer in December 2003. As a coordinating producer for ESPN, she successfully managed the team of producers and reporters who acted as an avenue of news for all ESPN’s studio shows. In April 2008, she was promoted to Senior Coordinating Producer.  Since then she has never looked back. Even after her promotion, she looked after ESPN’s motorsports event production until 2010, when she added ESPN’s Studio motorsports to her portfolio.

In 2011, she visited ESPN’s Bureau and supervised reporters and producers who were responsible for providing news coverage for all ESPN platforms across the country. Since 2015, she has been working on her current role: Editorial Operations for SportsCenter and News.  In 2015, with her initiative, ESPN also launched Universal News Group, which is responsible for stimulating communications between ESPN platforms.

She now administers news and assignment desks at ESPN. She is mainly responsible for pitching editorial guidance and logistic support for newsgathering across all ESPN platforms.

Over a decade at ESPN, she has not only constructed and overseen large production teams but also kept up significant budgets. She has likewise partaken in numerous leadership programs such as the Betsy Magness Leadership Institute.  Likewise,  along with her team, she has been contributing to various sporting events, digital platforms and various studio shows associated with ESPN. In short, she has been successfully managing the central nerve system of ESPN.

Her Espnsummit.com bio states that she is presently residing in West Harford, Connecticut, with her husband and two young daughters.