“Amory is not only known for its industries, farms, and education structures but also for it’s cultural, historical heritages and Trent Harmon.”

American Idol Finale champ Trent Harmon, who is a University of Arkansas graduate, is known as a man of roots. The proud countryman hails from Amory, a small city in Mississippi’s Monroe country, proudly existing in Mississippi since 1887. 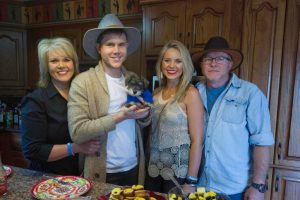 Speaking of Amorians, Trent’s family consists of dad Randy Harmon, mom Cindy Harmon and sister Randi Kathryn Harmon, who is the Miss Mississippi State University 2014 and an amateur singer like her mother. Furthermore, Trent’s  family also enjoy the company of a special member, a mini-Schnauzer, whom Trent has referred saying, “It’s a joint dog between my sister and myself.”

If you don’t know, the southern boy was filling in as a waiter in his family restaurant “Longhorn Fish and Steakhouse”, which is located on his family owned 400-acre farm, before participating in American Idol. It was his cheerleader-turned girlfriend Kathleen who  encouraged him to take part in the event 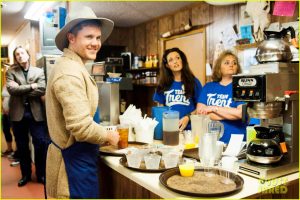 “I worked my way up from dishwasher to cook, and then I was a front of house waiter.  But every once in a while mom and dad would get me to play gigs in the restaurant.  That was the toughest one.”

According to the bestplaces.net estimate, Amorians’ family median income is only  $38,646 as compared to the  national family median income of $ 64585. Plus, Amory has more unemployment rate than the national estimate. Moreover, in Amory, Business/ Managemen/ Finance, and Engineering/ Computer/ Science are more preferred career choice than Arts, Design, Media, and Entertainment.

No wonder, Amorians who attains national recognition are highly celebrated in Amory. However, the number of such personalities in Amory can easily be counted on the fingers of two hand. Furthermore, only deceased early blues singer Lucille Bogan is someone associated with the music industry from Amory who was able to enjoy massive national recognition similar to Trent.

To the point,  Trent’s hometown folks are proud of him not only because of his singing prowess but also because of representing the diversity of their small city of around 7316 people (2010 census).  The city is a majority white city which also possesses minorities like African-American, Asian, Hispanic/Latino and others. Impressively, he can relate to his hometown since he is good in genres such as soul, R&B, and country. 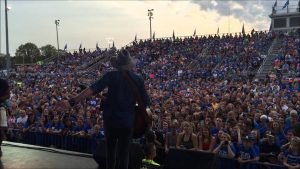